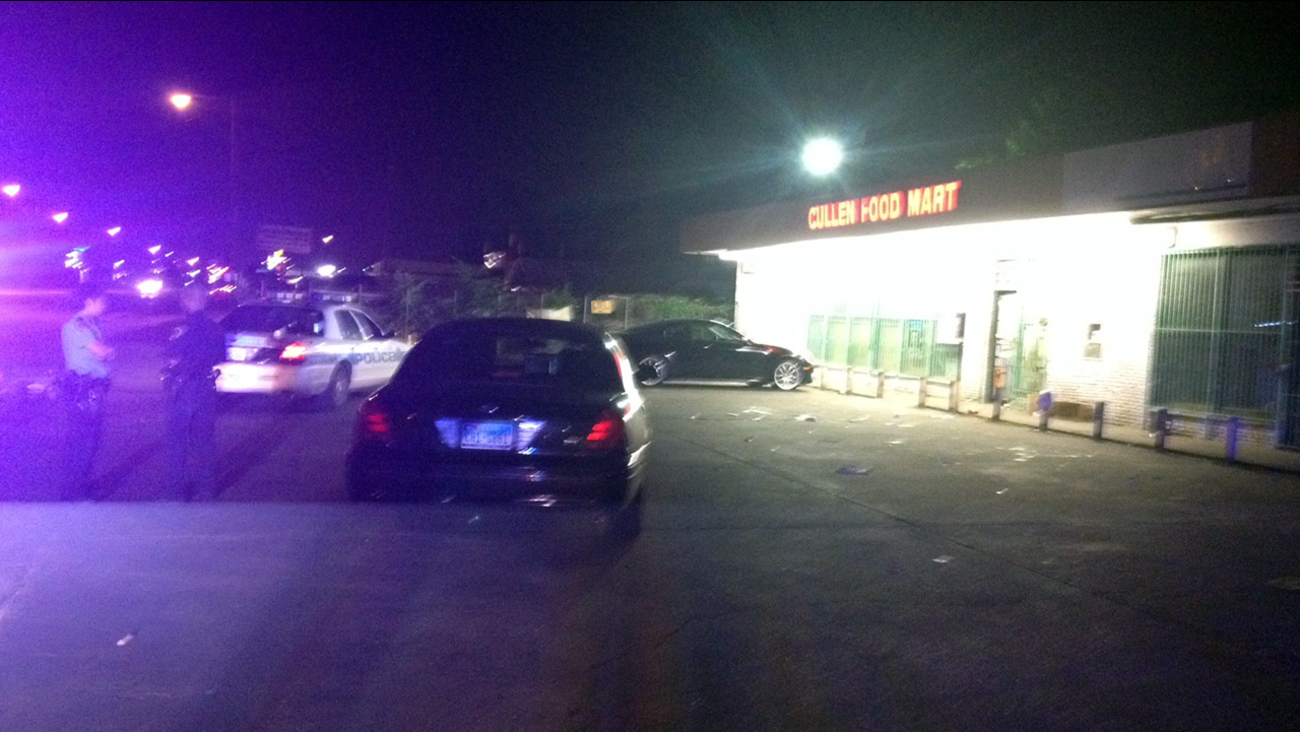 Police say four men opened fire in this parking lot. A stray bullet went across the street and hit a man leaving from work at the Auto Zone. (Marvin Suggs)

HOUSTON (KTRK) -- An innocent man was shot during a gun battle on Houston's south side.

It happened around 9:30pm last night in the parking lot of the Cullen Food Mart in the 8900 block of Cullen.

Police say several men got into a fight and then started shooting at each other. At least four shots were fired.

An 18-year-old male who had just finished his shift at "Auto Zone" was hit by a stray bullet when he walked outside. The bullet hit him in the hand and he's expected to be okay.