Man dies after he was ejected from SUV 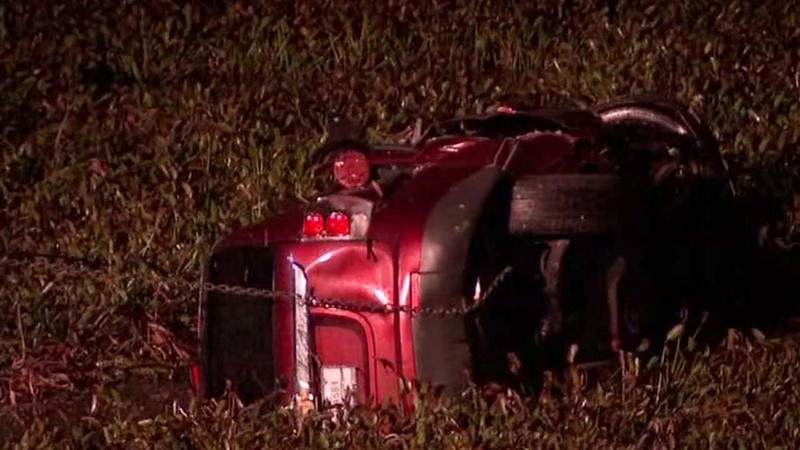 Driver killed after plunge into river

HOUSTON (KTRK) -- Fort Bend County authorities say the man who was ejected from an SUV early Friday morning after it plunged into a lake near the Brazos River has died. Investigators have identified the victim as 28-year-old Robert Christopher Robinson.

Robinson was initially taken to the Oak Bend Hospital in Richmond with serious injuries.

A deputy told Eyewitness News that he was ejected in the crash through the SUV's sunroof. It's unclear whether the sunroof was open or closed when he wrecked.

Emergency workers were initially searching the water for other people in the car, but after some calls to the man's family, they determined he was the only person in the vehicle.

Sadly, we cover a lot of crazy awful wrecks. But I have never seen a muffler ripped off by power lines. #abc13 pic.twitter.com/FdEBtI2R61

Driver of SUV has died from his injuries. #abc13 pic.twitter.com/8LmElY50RX