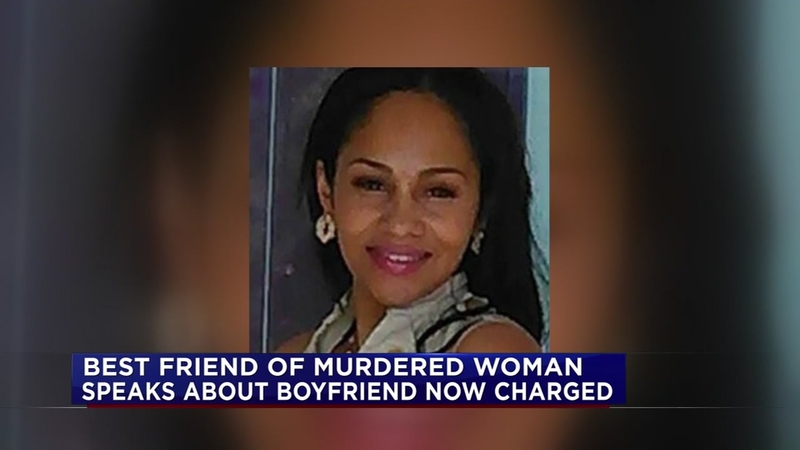 HOUSTON (KTRK) -- The best friend of a murdered woman spoke to ABC13's Marla Carter about the victim's ex-boyfriend who is now charged with capital murder.

Investigators say Jarvis Hickerson,32, killed his girlfriend and hid her body in a different county.

Amalia Alexander was reported missing in September after family members said she didn't show up for work the morning of Sept. 20. Skeletal remains were found on Nov. 30 in Montgomery County and forensic scientists confirmed the remains were of Alexander.

Alexander's best friend, Jamila Byrd, said she's grateful that Hickerson is behind bars, but she's devastated by the loss of her childhood friend. She said Alexander was full of life and considered her a sister.

"What we would without her? It's going to be so hard without. I just don't know. We just have to take it one step at a time," Byrd said. "She was so vibrant. She was so loving."

The two friends are from Milwaukee and moved to Houston together several years ago. That's where Alexander met Hickerson.

"She moved down here to start a new life and to start fresh. Then she met this gentleman," Byrd said.

After that, Byrd said Hickerson beat Alexander. According to court records, he violated a restraining order saying he wasn't allowed to be near Alexander. He was also charged with assaulting her.

Byrd said he wouldn't stay away.

"What brings us a little bit of peace is we found her, but it has just begun. We have a long journey and we have to make sure he is punished for what he has done to her," Byrd said.

Hickerson did not appear in court today. He is expected back in court on Jan. 6.

Loved ones want to send Alexander hope to Milwaukee for a proper burial and have started a GoFundMe to raise the funds.
Related topics:
houstonmurdermissing woman
Copyright © 2021 KTRK-TV. All Rights Reserved.
More Videos
From CNN Newsource affiliates
TOP STORIES