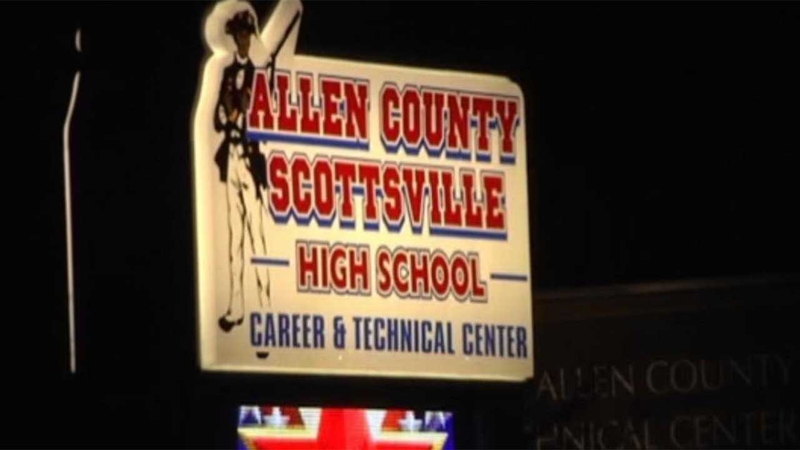 SCOTTSVILLE, KY -- Police say they have made an arrest in the death of a 7-year-old Kentucky girl whose body was found in a creek during a football game.

Gabriella Doolin was reported missing around 7:40 p.m. Saturday by her mother while they were at a football game at Allen County-Scottsville High School in south-central Kentucky.

A search began, and Gabriella's body was found about 25 minutes later in a creek in a wooded area behind the high school.

Timothy Madden, 38, of Scottsville was taken into custody in the case, Trooper B.J. Eaton said Friday in a news release. No further information was immediately released.

Eaton said the girl was playing during the game with other children. The creek where her body was found was just a few hundred yards from the football field.

An autopsy conducted Sunday ruled the girl's death a homicide. State police have not released other details of the autopsy, including the manner of death.