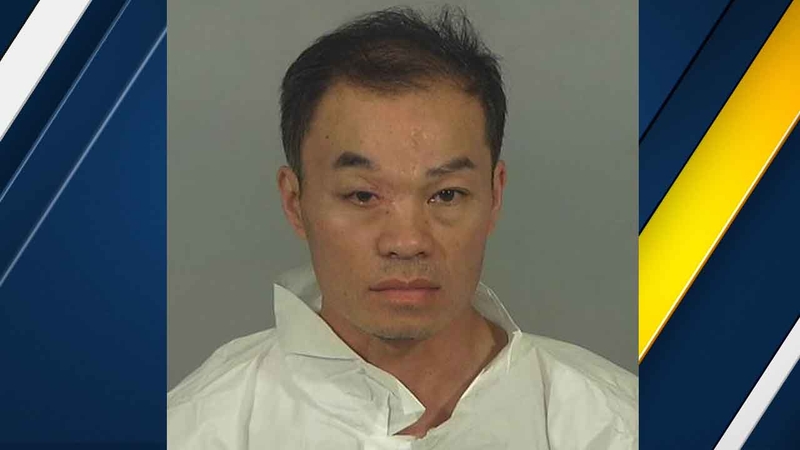 GARDEN GROVE, CA -- A man was arrested for attempted murder after he told police he stabbed his wife in the head with a meat cleaver in front of their 7-year-old son at a home in Garden Grove, California, on Tuesday.

Authorities said 46-year-old Thang Van Nguyen went to the Garden Grove Police Department and told them he had murdered his wife.

Officers arrived at the scene in the 12700 block of Flower Street around 6:45 a.m. when they found the victim, 44-year-old Huong Nguyen, stabbed multiple times in the head, but she was still conscious.

She was immediately transported to the University of Irvine, Irvine Medical Center where she was in critical condition and placed into an induced coma.

Police said the 7-year old child was a witness to the incident, and a 19-year-old son was home at the time but did not see the stabbing.

"The boy was pretty shaken up, initially didn't really know what was going on," said Lt. Bob Bogue of Garden Grove police.

With his father in jail and his mother fighting for her life, police said the 7-year-old boy was released to an uncle.