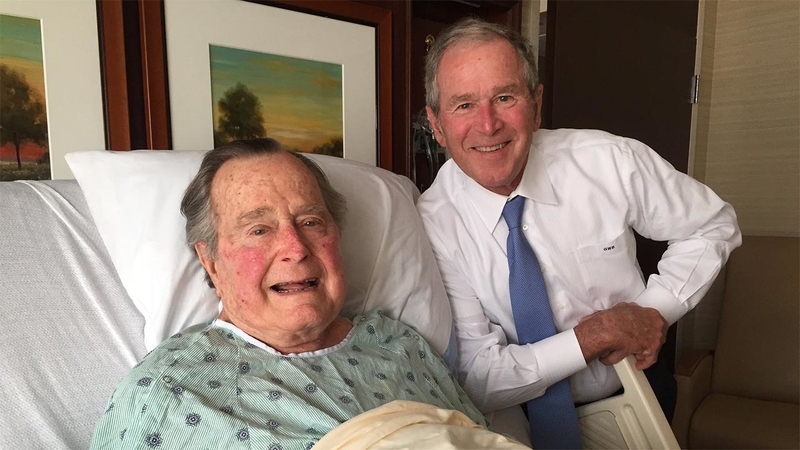 HOUSTON, Texas (KTRK) -- President George H.W. Bush remains under care at Houston Methodist Hospital, but he's in high spirits, thanks perhaps to a visit from another former US president.

President Bush, 92, was admitted to Houston Methodist Hospital last Friday for observation due to a persistent cough. It was determined he had a mild case of pneumonia. Family spokesman Jim McGrath says President Bush is remaining under observation as he continues to gain strength as he recovers.

On Thursday, the 43rd president dropped by for a visit.

"Big morale boost from a high level delegation. No father has ever been more blessed, or prouder," George H.W. Bush tweeted.

Big morale boost from a high level delegation. No father has ever been more blessed, or prouder. pic.twitter.com/ekX4VyG2aO

In January, President Bush was admitted to the ICU at Houston Methodist Hospital with an acute respiratory problem. 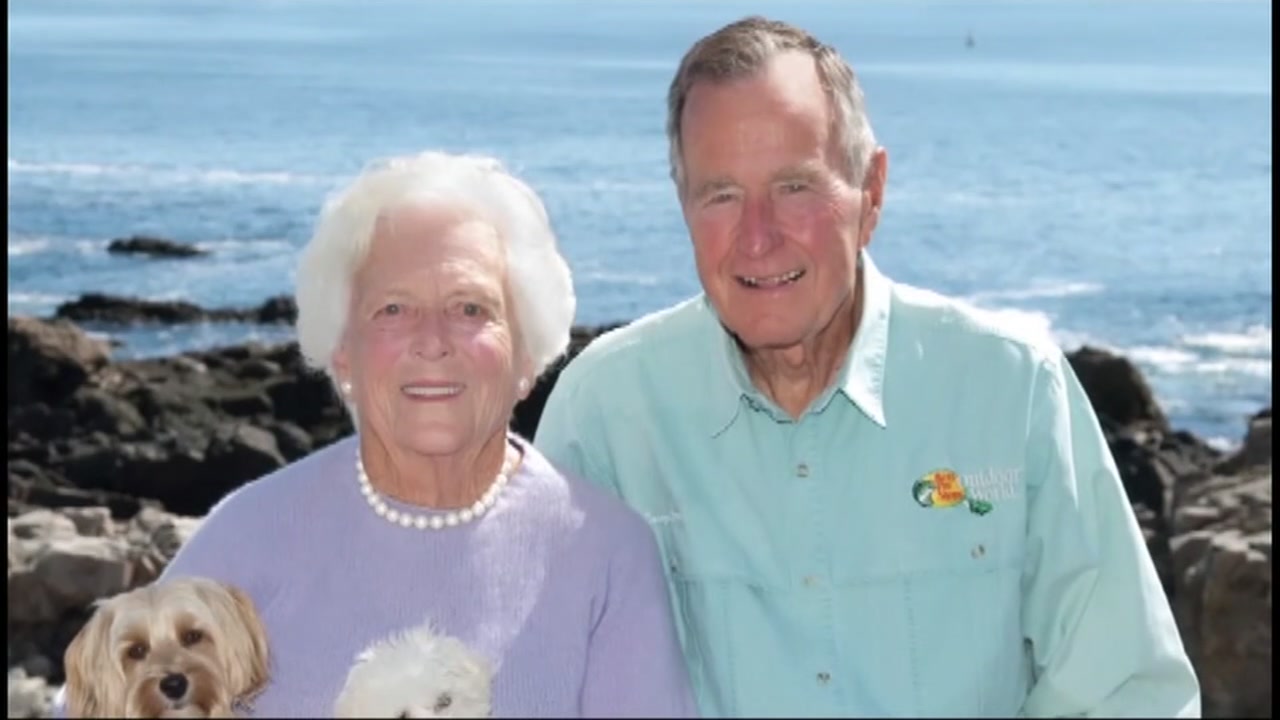 George H.W. and Barbara Bush hospitalized in Houston
The nation's 41st president was admitted to the hospital on Saturday and is now in intensive care, a spokesperson tells Eyewitness News, and the former first lady was admitted as well.