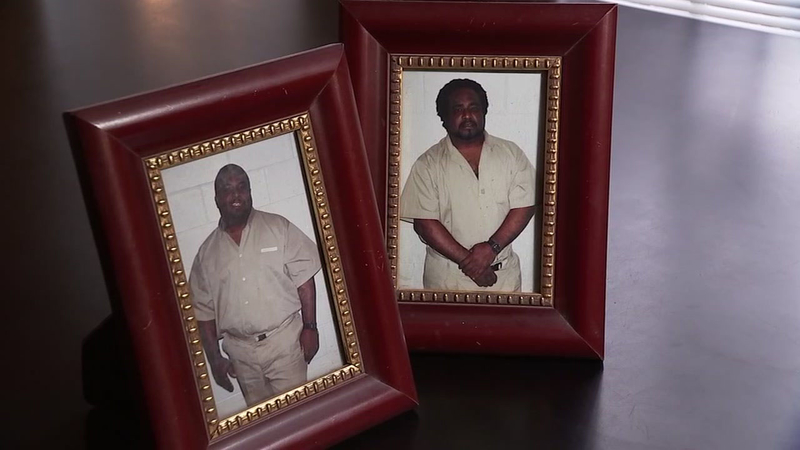 HOUSTON (KTRK) -- On Tuesday, more than 100 federal inmates across the country got news that they will soon be free, courtesy of President Barack Obama.

Many of the terms he commuted were life sentences. Two of those to have their sentences cut short were brothers from Houston.

"They know they did wrong," said Ella Blount.

Ella Blount's sons, Ronald Jr. and Corey, along with four uncles were convicted of running a drug ring that went from Houston to south Louisiana. They were sentenced to life in federal prison in 1999.

"The crime, you have to pay for. I just don't think they should've had life sentences," Ella Blount said.

Corey Blount, who was the youngest in the group, was supposedly the leader of the drug ring.

"If my son had been the leader of a criminal enterprise, he would've had a whole lot of money and property and everything else which he did not have," explained his mother.

His daughter Courtney was eight when he went away.

"It used to make me cry sometimes because I played basketball. I did dance. I was always on honor roll and I never had my dad," she told Eyewitness News.

Their appeals failed. But Tuesday, they were on the list of 111 federal inmates whose sentences President Obama commuted.

Corey's life sentence was dropped down to 30 years. Ronald Jr. will get out on December 28.

"It was very much a surprise," said their mother. "I just couldn't stop thanking God because my daily prayer has been to please let them get out before I die."

"What Obama has done is no different than what the Bushes did, what Reagan did, what other presidents have done," said Eyewitness News legal analyst Joel Androphy.

Androphy says commuting sentences is the president's way of acknowledging that the justice system didn't work for a lot of people. He tells us the requirements to even be considered are lofty and violent offenders are excluded.