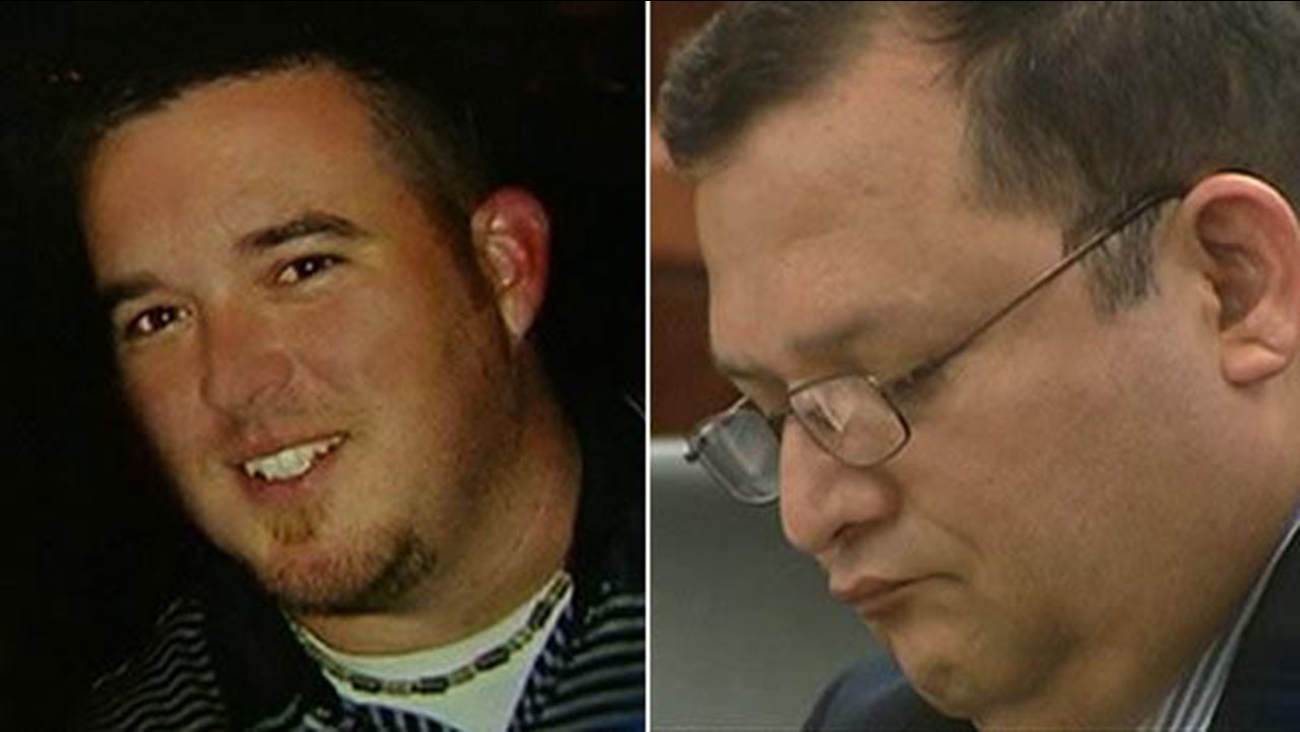 HOUSTON (KTRK) -- In 2012, Raul Rodriguez was sentenced to 40 years in prison for the deadly shooting of his neighbor. Now he could bond out after a judge overturned his conviction.

The decision reached Thursday says the jury did not receive proper instructions on what qualifies as self defense.

Rodriguez claimed he feared for his life when he confronted and killed Kelly Danahar back in 2010. Jurors disagreed, and convicted him of murder after a two-week trial featuring the video of the encounter recorded by Rodriguez himself.

Thursday's ruling allows Rodriguez to seek a new trial. In the meantime, he is eligible for bond.

"Reversals are extremely rare but I wasn't surprised because the jury instructions were so bad it allowed them to convict him for something he didn't do," his attorney Neal Davis said.

The prosecution has not commented on Thursday's decision.

According to his attorney, Rodriguez doesn't even know about the reversal because he's not allowed phone calls, and will likely find out by watching the news.
Related topics:
houston
Copyright © 2021 KTRK-TV. All Rights Reserved.
TOP STORIES
2 dead, 30 hospitalized in chemical leak at La Porte plant
Scattered rain possible Wednesday, another summer front on the way
You can apply for $1,500 in COVID relief money today
Biden to announce vaccine mandate for all federal employees: Sources
Simone Biles withdraws from all-around competition at Summer Games
Texas woman charged with murder in 1984 shaken baby case
Man reportedly wanted for murder captured after chase
Show More
Man jumps out of car and screams at woman in road rage incident
CDC reverses course on indoor masks in some parts of US
2 Colorado officers arrested after 1 hits suspect with gun
McCormick spices recalled due to salmonella risk
Business owners say new CDC guidance may impact their work
More TOP STORIES News