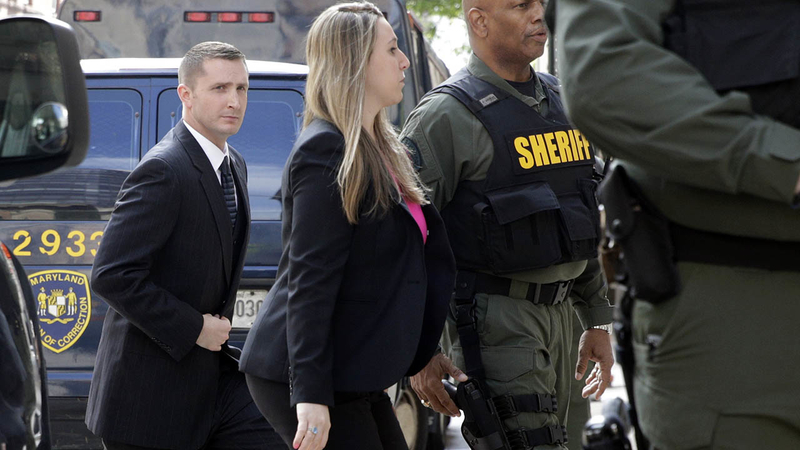 BALTIMORE -- A Baltimore police officer has been acquitted of assault and other charges in the arrest of Freddie Gray, a young black man who died a week after he was critically injured in police custody.

A judge found Officer Edward Nero not guilty of misconduct in office and reckless endangerment. The judge announced his verdict on Monday.

Nero was one of six Baltimore police officers charged in the case. He waived his right to a jury trial, opting instead to argue his case before Circuit Judge Barry Williams.

An earlier trial for an officer charged with manslaughter in the case ended in a hung jury in December.

Gray's death about a year ago led to protests and rioting in the city and fueled the Black Lives Matter movement.