Habitat for Humanity said in a statement that the 92-year-old Carter was "dehydrated working in the hot sun" at a build site in Winnipeg on Thursday. Carter told Habitat officials he is OK, and encouraged volunteers to keep building.

Carter and his wife, Rosalynn, are in the middle of a weeklong project building houses in various Canadian cities.

President and Mrs @GeorgeHWBush wishing President Carter a quick recovery today: "God bless him, and we hope he is fine."

News outlets report that firefighters and paramedics arrived at the build site. CBC News reports that Carter was taken to a hospital.

This week's build is the 34th time the Carters have volunteered to build houses for the Atlanta-based charity.

SEE ALSO: Fmr. President Jimmy Carter shakes hands with everyone on his flight Former President Carter out of surgery, no complications 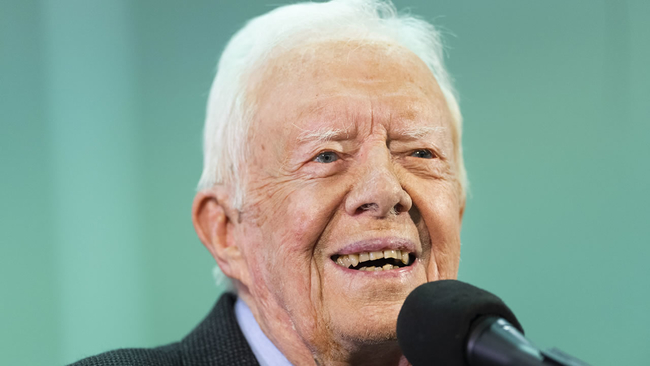