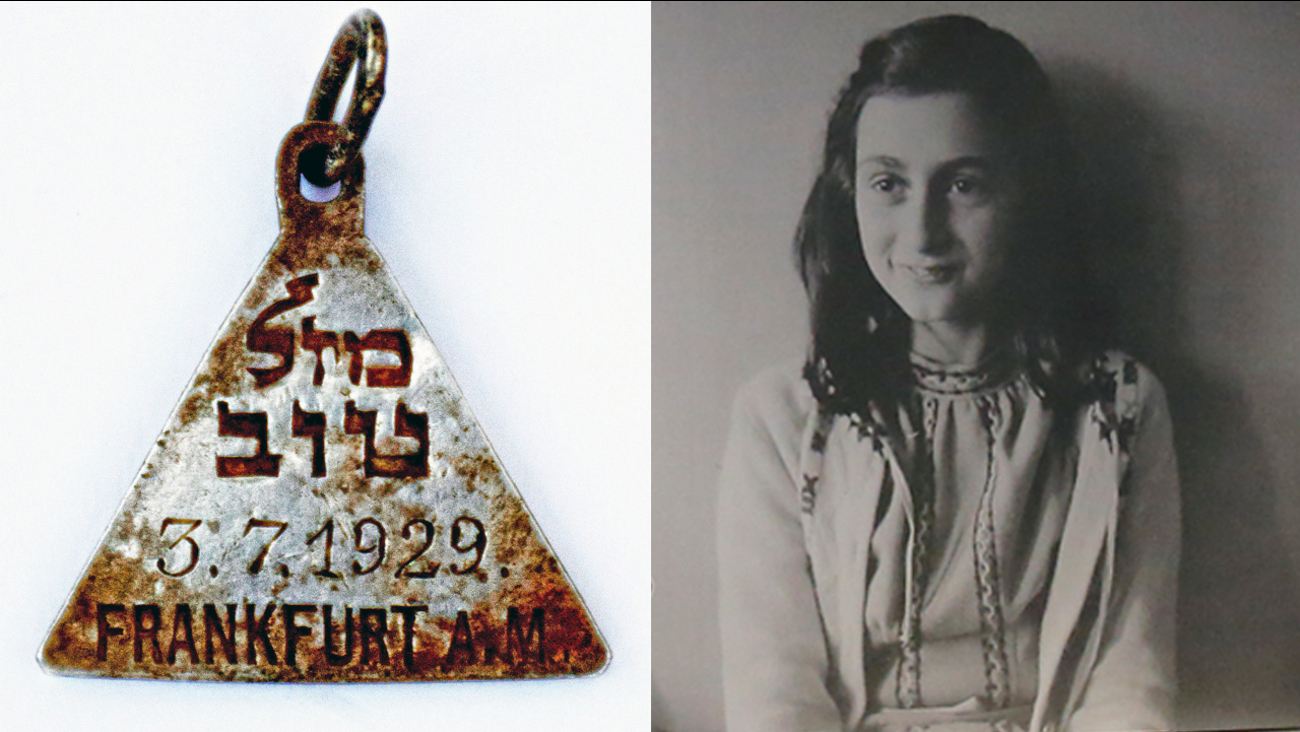 JERUSALEM -- Researchers excavating the remains of one of the most notorious Nazi death camps have uncovered a pendant that appears identical to one belonging to Anne Frank, Israel's Yad Vashem Holocaust memorial said Sunday.

Yad Vashem says it has ascertained the pendant belonged to Karoline Cohn - a Jewish girl who perished at Sobibor and may have been connected to the famous diarist. Both were born in Frankfurt in 1929, and historians have found no other pendants like theirs.

The triangular piece found has the words "Mazal Tov" written in Hebrew on one side along with Cohn's date of birth. The other side has the Hebrew letter "heh," an initial for God, as well as three Stars of David.

Researchers are now trying to reach out to any remaining relatives of the two to confirm whether they were related.

Since 2007, the Israel Antiquities Authority, together with Yad Vashem, has been conducting excavations at the former camp in Poland in a novel approach to Holocaust research. The camp was destroyed after an October 1943 uprising, with the Nazis leveling it and planting over it to cover up their crimes. Yet, archeologists have managed to uncover the gas chamber foundations and the original train platform.

More than 250,000 Jews were killed in Sobibor, in eastern Poland, one of the most extreme examples of the Nazi "Final Solution" to eradicate European Jewry. Frank died at the Bergen-Belsen camp, in northern Germany, in 1945.

Unlike other facilities that had at least a facade of being prison or labor camps, Sobibor and the neighboring camps Belzec and Treblinka were designed specifically for exterminating Jews. Victims were transported there in cattle cars and gassed to death almost immediately.

"These recent findings from the excavations at Sobibor constitute an important contribution to the documentation and commemoration of the Holocaust, and help us to better understand what happened at Sobibor, both in terms of the camp's function and also from the point of view of the victims," said Havi Dreifuss, of Yad Vashem's International Institute for Holocaust Research.
Related topics:
nazisisraelholocaustworld war iijewishu.s. & world
Copyright © 2021 by The Associated Press. All Rights Reserved.
More Videos
From CNN Newsource affiliates
TOP STORIES