Investigators: Fugitive in north Harris Co. shooting captured while at theater to see 'No Escape' 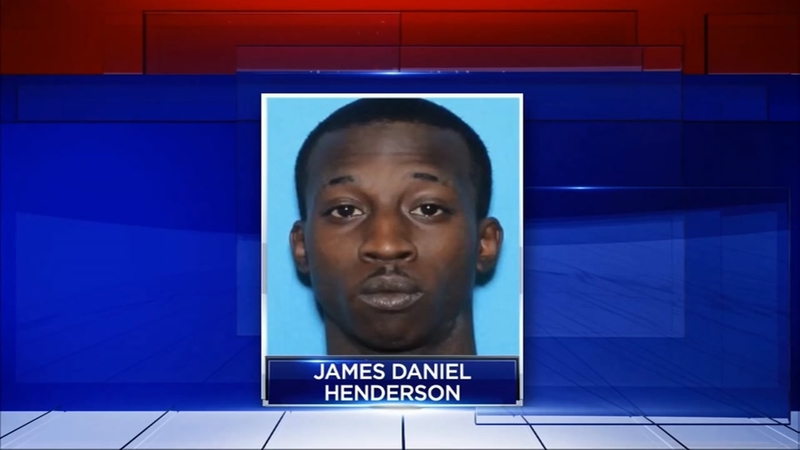 Shooting suspect arrested on the way to the movie

HOUSTON (KTRK) -- Just hours after a press conference Wednesday to announce a $10,000 reward for information leading to the arrest of a suspect in a shooting and robbery at a north Harris County restaurant last month, police got their man. Investigators say that crime was among a string of violent crimes across the north side of town.

James Daniel Henderson IV was one of several suspects in a string of aggravated assaults. Nine suspects were already in custody for those crimes. The Crime Stoppers press conference was held Wednesday morning to try to find Henderson, who was still on the loose.

Shortly after it was over, a tip came in on his whereabouts. Deputies caught up with Henderson at a local movie theater. The irony -- investigators say he was there to see the movie 'No Escape.'

On October 2, Henderson and another suspect went into a Wing Stop along the North Freeway and demanded money from the register. Detectives say even though store employees complied with the demands, Henderson shot an employee anyway. That employee is still in the hospital. Detectives say that robbery led them to the others allegedly responsible for at least 8 more crimes.

There is a disturbing element to this. The suspects were in different, often rival, gangs. Deputies say those gangs are now working together to pull off violent crimes.
Related topics:
houstoncrime stoppersharris county sheriffs office
Copyright © 2021 KTRK-TV. All Rights Reserved.
More Videos
From CNN Newsource affiliates
TOP STORIES