Instructor killed along with teen in skydiving accident wasn't certified 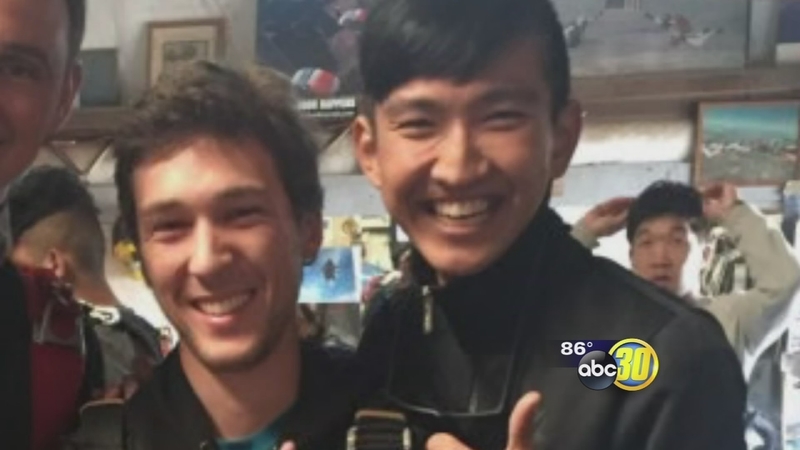 FRESNO, CA -- The skydiving instructor who fell to his death in tandem with Tyler Turner, 18, from Los Banos was not certified by the United States Parachute Association-- which is a violation of FAA regulations.

At Turner's home, his life is displayed in pictures, showing some of his accomplishments from age 8 to 18. He was a musician, a scholar and his mother, Francine's best friend.

"He was just special, there was something extraordinary about him," Francine Turner said.

Her son's dreams ended in a freefall from a plane on Saturday in tandem with a skydiving instructor near Lodi. It was his first jump - a moment he wanted to share with his friends but something went wrong.

Most of her questions remain unanswered. However, Francine believes there was a problem with her son's parachute and she just found out the man who led the jump, Yong Kwon, wasn't certified-- not with the USPA or the manufacturer of the equipment.

Association representative, Ed Scott said the FAA requires instructors to have certification with one or the other. He also said the Lodi Parachute Center isn't a USPA member. Membership, Scott said comes with a set of safety standards.

"We can't speak to what standards the parachute center operate to," he added.

We called the company but the person who answered the phone said, "no comment," and hung up.

Francine responded, "That's the most insensitive thing you can do in humanity is to not care about a person's life."

Francine says her son's life mattered to a town full of people in Los Banos. She plans to file a lawsuit in hopes of shutting the parachute center down and to spread awareness so Tyler's death won't be in vain.

"He will be changing lives-- that's who he was when he was alive and that's still who he is," Francine said.