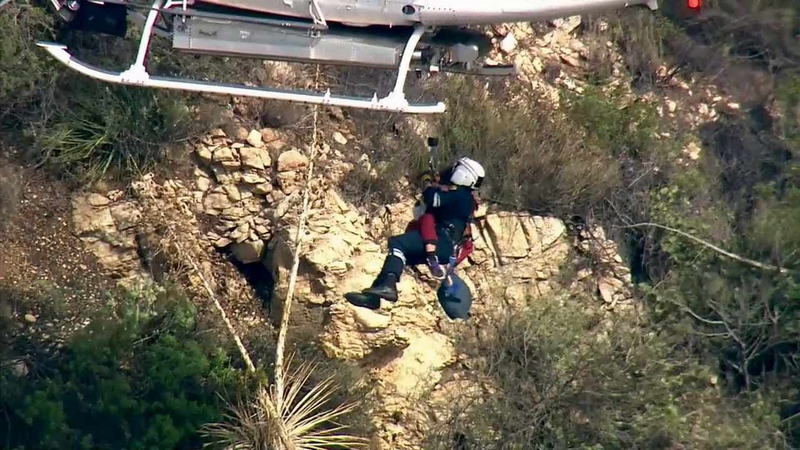 ALTADENA, CA -- An injured hiker, who was lost in the Angeles National Forest for two days without cellphone coverage, warm clothing and very little food and water, was rescued Monday morning after Altadena residents heard her cries for help, authorities said.

The 23-year-old Reseda woman, whose name authorities did not disclose, was found near Rubio Canyon Falls in the forest at about 11 a.m.

After the hiker was spotted, she was placed in a harness and hoisted by crews on a helicopter. She was taken to Farnsworth Park in Altadena and later transported to Huntington Memorial Hospital after ground crews determined she needed further treatment for possible hypothermia.