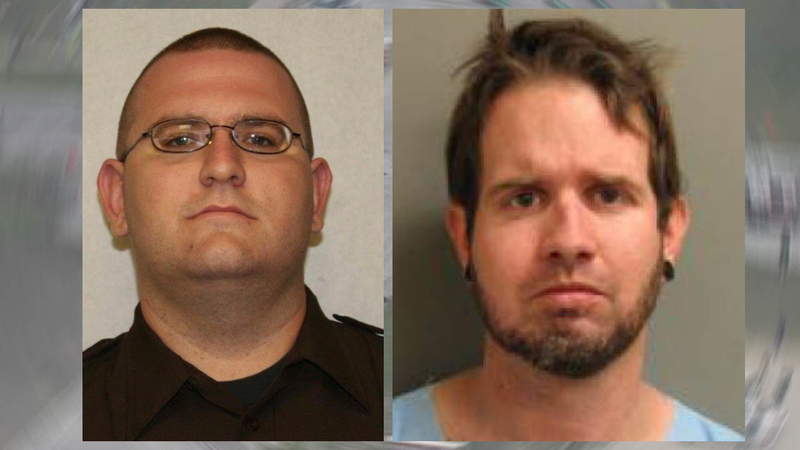 PEARLAND, TX (KTRK) -- Three people, including a Brazoria County deputy, are in the hospital after a suspected drunk driving crash in Pearland.

Deputy Jimmy Novak was at Veterans Drive and C.R. 101 warning other drivers.

"The suspect was traveling at a very high rate of speed, went through a construction area and struck some construction barrels," explained Brazoria County Lt. Varon Snelgrove. "He lost control, slammed into the deputy and a bystander vehicle at which time he began to go into a barrel roll."

Jodi Jacobs was that bystander. She was taken to Memorial Hermann Hospital in Pearland with injuries to her neck, shoulder and foot.

Novak is also in the hospital.

"He's pretty beat up. We know he's very sore, severely bruised, and going through some CT scans," said Lt. Snelgrove. "We're waiting to see how significant his injuries are."

Nelson faces serious charges if and when he is released.

A half-empty bottle of liquor was taken into evidence.

"It angers me that he had an opportunity to pull over and chose not to and put my wife and an officer's life in danger for no good reason," David Jacobs added.
Related topics:
brazoria countypearlandcar crashofficer injureddwi
Copyright © 2021 KTRK-TV. All Rights Reserved.
More Videos
From CNN Newsource affiliates
TOP STORIES