In seconds, thieves stealing credit card info in the Heights 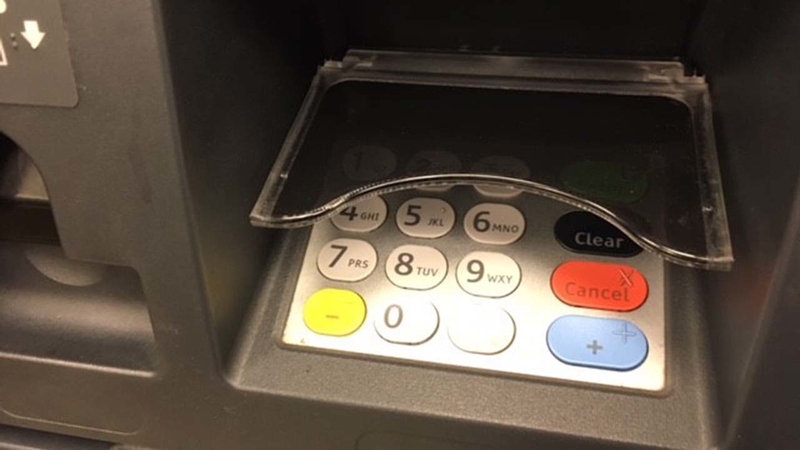 In seconds, thieves stealing credit card info in the Heights

HOUSTON (KTRK) -- At the height of the holiday shopping season, some customers in the Heights have discovered their bank accounts raided by criminals.

Nearly a half dozen people who all used an ATM inside a Valero corner store located at Studewood and Omar Streets say they were ripped off in the days following that transaction, according to a post on the neighborhood social media network "Nextdoor".

"I'm sorry that their life has come to stealing other people's money to live," said victim Carly O'connor. She says the thief took her for less than $200. She struggles with the inconvenience more than anything.

"It's frustrating. It's incredibly frustrating," said another victim who asked that we not reveal his name. Thieves got him for $800. "It's difficult to get help from anybody," he said.

He filed a police report, but after seeing so many others post about being ripped off after using the same ATM machine he says something should be done.

"It seems like it's a much bigger problem," he said.

We don't know yet how the customer's information was compromised or even how many victims there might be.

Much has been reported on the use of skimming devices: card readers and cameras hidden in ATM machines and gas pumps in an effort to harvest the private information of unsuspecting customers. Even the savviest of us might not recognize a machine which can be set up to silently record our information.

The Houston Police Department says its investigating but they've had only one report, officially, so far. They offer tips for protecting yourself including: shielding your hand when entering your pin number and looking at the machine before you use it. if anything looks amiss you can just move to another.

For a complete list of identity theft tips and ways to protect your wallet, you can view their suggestions here or here.

The ATM at the center of this case advertises on its casing that it is a Frost Bank ATM. A Representative for Frost Bank says it's "very conscious" of security issues but they insist the bank doesn't own the ATM. A company called CardTronics does. After repeated requests for comment, CardTronics responded with this statement.

"The security of our ATMs remains our top priority. As soon as Cardtronics receives a report of potential criminal activity, we dispatch a technician and open an investigation. At this time, we have not recovered evidence of any criminal manipulation of our ATM."

CTS Brands, which owns and operates the Corner Store says employees routinely check ATMs in their stores looking for signs of tampering. Should you notice something suspicious, they say customers should report it to an employee.
Related topics:
houstonskimming
Copyright © 2021 KTRK-TV. All Rights Reserved.
More Videos
From CNN Newsource affiliates
TOP STORIES