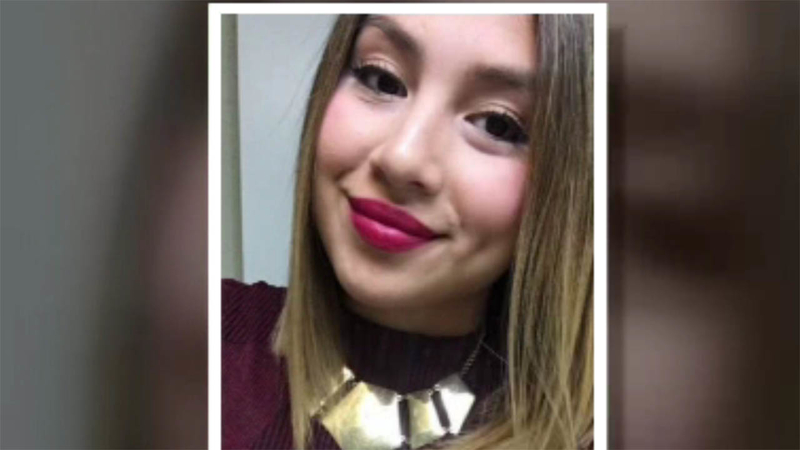 HOUSTON (KTRK) -- A 17-year-old man has been arrested and charged with the murder of a young woman in what prosecutors say was a car burglary gone wrong. Investigators also say that's not his only crime.

Broderick Delance Knight was arrested on Dec. 27 and charged with capital murder in the death of 22-year-old Carla Carias in southeast Houston.

"I just hope that God does what he needs to do and he pays for what he did," said Jose Ochoa-Carias, the younger brother of Carla. "The pain he's causing to our family is very strong, we all miss my sister."
EMBED More News Videos

They allege on Dec. 13, Knight and a friend approached a man parked at Down Park near Hobby Airport. They say Knight coaxed the man out of his black Nissan, then tried to rob him. During that robbery, a language barrier prompted the victim to literally remove his pants, give it to Knight, then run for his life.

"The complainant in that case took off his pants and gave them to the defendant and try to run off and the defends came back and took his vehicle, wallet, and debit cards," a prosecutor said during a court hearing on Wednesday.
Police say a few hours after that carjacking, Knight and his friend traveled a few miles south and burglarized Carias Camero, which was parked outside her boyfriend's apartment on Kingsway, also near Hobby Airport. Investigators say the confrontation led to Carias being shot & killed.

"It was senseless, there was no point in it," said neighbor Rudy Rios, who heard the gunshots that night. "Over a car?"

Investigators got a break on Dec. 27 when they spotted the black Nissan on the road and pulled it over for a traffic stop. Knight was allegedly behind the wheel. Investigators say during the interrogation, Knight confessed to his role in Carias' murder.

"We're all mad, but they caught him and we just go to wait for the law to take care of it," said Ochoa-Carias.

Knight's mother, however, sees the case differently. Speaking to Eyewitness News on the telephone today, she told us her son is "innocent," and that he "did not pull the trigger." The mother says she is hiring a lawyer. She said the real murderer is an acquaintance of her son. So far, the Houston Police Department has not charged anyone else with the crime.