Houston police cracking down on highly addictive and deadly drug 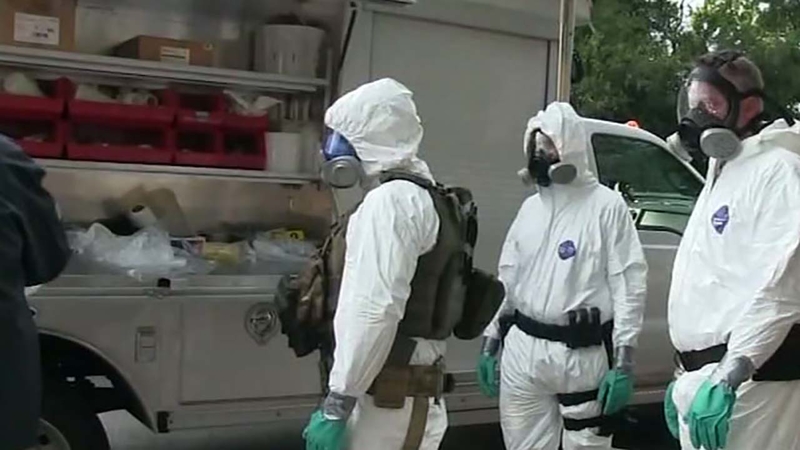 Houston police cracking down on highly addictive and deadly drug

HOUSTON, Texas (KTRK) -- The City of Houston is cracking down on a highly addictive and deadly drug sweeping Houston.

According to Mayor Sylvester Turner, the drug fentanyl or its derivative carfentanil, is a real problem in the city. He and the Houston Police Department announced a plan to target the growing issue.

The crime lab director held up a small bag of sugar in a press conference Tuesday used to represent the amount of fentanyl that was found in a home recently. That small bag had just 80 milligrams, but it was enough for 4,000 lethal doses.

The fentanyl is being imported from labs in China and it is so deadly that Houston police are changing how it handles drugs seized by officers.

"This stuff is really frightening. Nobody really knows what the lethal dose is. It's only legitimate use is elephant tranquilizer, so the estimates are a lethal dose is 20 micrograms. That would be 20 millionths of a gram," Dr. Peter Stout said. "So a lethal dose is something so small, you're not going to see it and what happens is that you stop breathing. As quickly as you suffocate, that's as quickly as you die."

Officers will have new and thicker gloves, specialized masks and tougher evidence bags. They are also being told to assume any illegal pills or powders they encounter will have fentanyl or carfentanil.

During a community meeting Monday night, Turner mentioned the crackdown, which will include targeting those who make the synthetic drug and traffic it into the city.

Earlier this month, a 22-year-old man was arrested at a Katy post office after investigators say he received a package from China that had 102 grams of fentanyl.

The highly-addictive opioid can often be mixed with harder drugs, like heroin and cocaine, to make a more powerful high. Deputies also located those other narcotics in the man's apartment.