Officials with Houston Zoo speak about preparation for gorilla exhibit 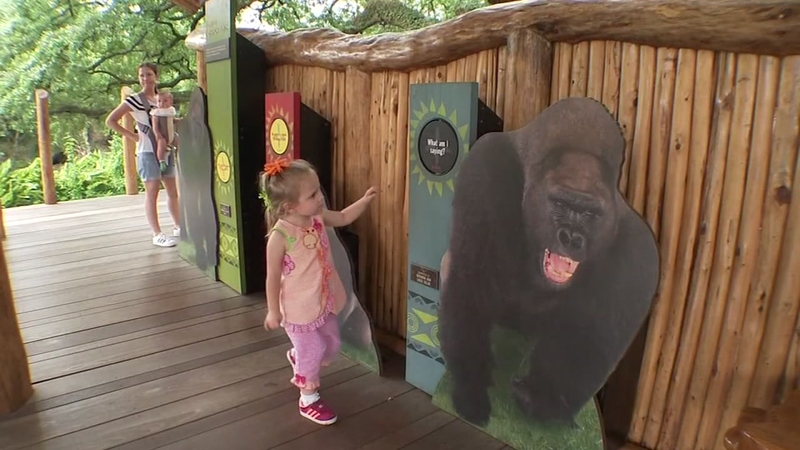 HOUSTON (KTRK) -- Many questions and outrage remain after Harambe the gorilla was killed this past weekend at the Cincinnati Zoo.

He was shot after a 4-year-old boy was able to get into the gorilla enclosure, then fell into the water. The zoo says the concern was that the gorilla was becoming increasingly agitated by the child's screams and those of onlookers.

Harambe was born in south Texas, at the Gladys Porter Zoo in Brownsville, where his former keeper was quoted as saying he was "a gentle giant."

While the zoo states it would do the same thing again to save the life of a child, there are questions that the gorilla would have hurt the boy. He was in the enclosure for 10 minutes, pulled by Harambe, without serious injury.

WARNING: Some of the images in the video may be disturbing to watch:

The Houston Zoo is not weighing in on that.

"We sympathize with the Cincinnati Zoo and for the family of the boy alike, " said Executive Vice President David Brady.

"Any zoo looks at incidents like this, thinks about could that happen here, what our response would be and take that opportunity to learn from other things that could happen," he said.

The Houston Zoo opened its new gorilla habitat one year ago and it's among the top draws.

Among the design features for the habitat are video monitoring and fence alarms to warn of a visitor making entry into the gorilla's area. Zoo "Rangers" are assigned throughout the park to respond to incidents with an animal response team.