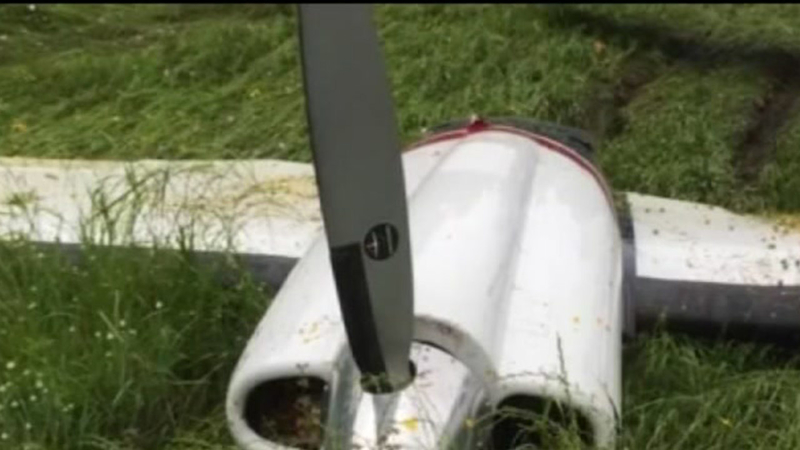 HOUSTON (KTRK) -- A new documentary is inspiring thousands of people and has already changed fueling procedures for small engine planes at area airports.

The short film is called "When Both Engines Fail." It's told by a pilot named Edd Hendee and two of his friends who survived a twin engine plane crash on April 17th of this year along Highway 59.

"It's a miracle we survived," said Hendee. "Shortly after take off, I felt a vibration that wasn't supposed to be there."

Hendee said he was flying to Houston in his twin engine plane from Angelina County airport. He said after take-off, that vibration didn't go away. He said he looked out the window and saw one of his engines stop.

"I thought, 'Fine. I have the problem isolated, it was one bad engine. We'll go forward and land in Cleveland,'" said Hendee.

Minutes later, he said something happened that he wasn't trained for: the second engine gave out, too. The plane was gliding. Hendee said he kept the nose of the plane down so he would't lose speed, but he was losing altitude.

"There's so few survivors in these mishaps," said Hendee. "When we got below the clouds we would sort out where we could land."

"The fact that where we were was nothing more than the hand of God," said Hendee.

The impact was hard.

"We bounced up some about 30-40 feet and then sailed off into the median," said Hendee's passenger in the documentary.

Miraculously, they all walked away, and then Hendee said he began to smell the problem, and the reason for the stalled engines -- jet fuel. Hendee's twin engine plane was filled with the wrong type of fuel before take off.

"A couple of publications picked up the story and began to talk about it and how this is a growing concern," said Hendee.

Hendee said he's also been in talks with flight schools around Texas to raise awareness about mis-fuels and how to land a plane in that situation with no engine power.