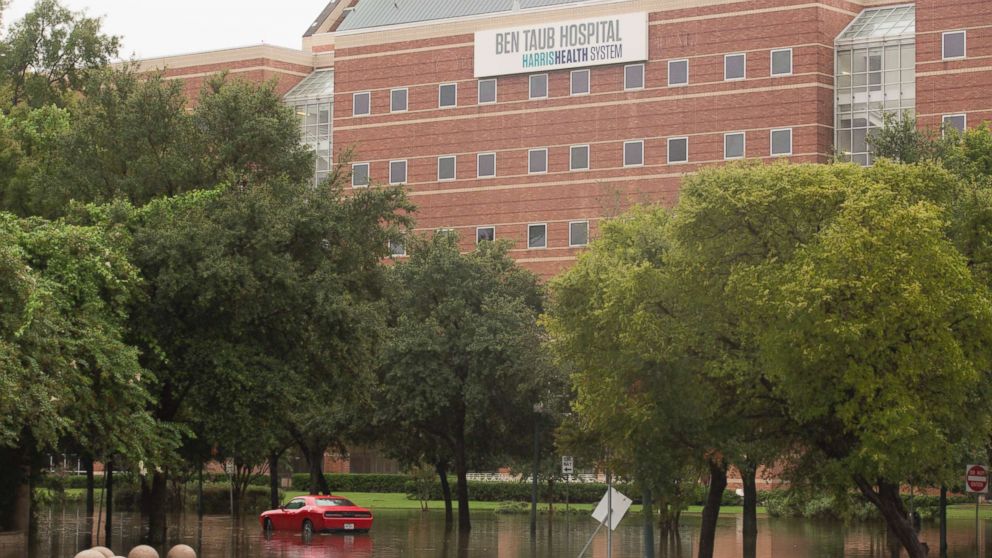 Hospitals in the Houston area are preparing to make evacuations as flood waters rise in the wake of Hurricane Harvey.

Water flooded the basement of the Ben Taub General Hospital, disrupting food, pharmacy and central supply services. Ben Taub, one of only two comprehensive, level 1 trauma centers in Houston, says their concern now is finding ways to get critical care patients to safety.

For now, 17 to 18 patients require ventilator support to breathe, McLeod told ABC News. After they have been evacuated, McLeod said, the hospital plans to move the rest of the approximate 350 patients.

"We will work through those patients from the most critical to the least critical," he said. "This will probably be a multiday effort."

While the hospital's electrical service has not been disrupted, losing electricity is a concern for the hospital.

"We're very good with power right now; there was some concern earlier in the day. That being said, if we get another round of rainfall like we have already had, this could change," McLeod said.

Bayshore made the decision because of rising waters. It is suspending all services, including its 24-hour emergency medical center.

The Catastrophic Medical Operations Center, which coordinates all hospital evacuations in the area, warns there could be more.

Michael Walter, public information officer for CMOC, told ABC News that some hospitals evacuated before Hurricane Harvey hit Houston. In the case of Ben Taub hospital, Walter said, evacuations will be made to affiliate hospitals located in the close vicinity.