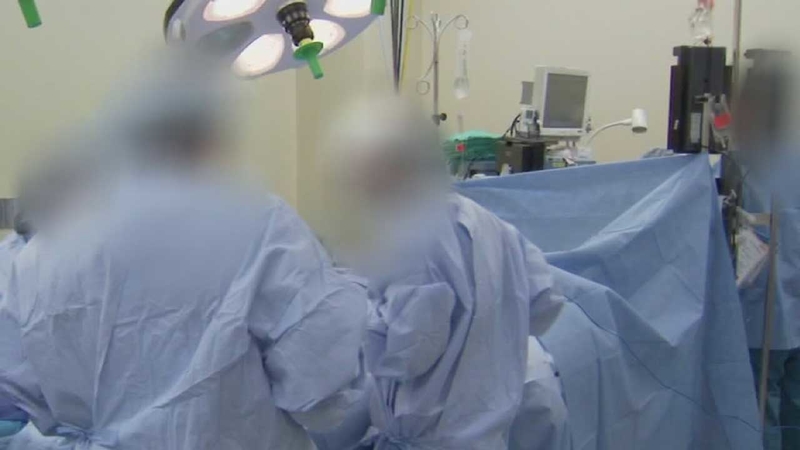 FRESNO, CA -- A California hospital has been fined $86,000 after a surgeon left a towel in a patient's stomach during surgery.

The patient was treated at Community Regional Medical Center in Fresno in 2014 and weeks after the procedure, and he said he felt like he was dying. It appears that doctors were keeping count of medical tools used during surgeries, but not the blue towels.

The hospital has changed its protocol after it nearly cost a patient his life.

In April of 2014, an unidentified patient underwent surgery at CRMC, but according to a report just released by the Department of Public Health, weeks after the procedure the patient noted: "By 5/10/14, l had lost 43 pounds, my bowels were not working right, I had no energy, no stamina, and I felt like I might not live,'' the patient stated.

KFSN legal analyst Tony Capozzi says the payout may end in far more than the $86,000 fine imposed by the state. "I think the hospital is on the line," Capozzi said. "Not only for penalties from the state, but a lawsuit that is going to show. I believe very gross, gross negligence in this case. Which may open them up to punitive damages to punish them for what happened."

When the patient returned to the doctor to report growing problems, he learned about a mass inside him, he told investigators. "I was so scared when I was told about the abdominal mass because I knew something was wrong and I thought I must be full of cancer," the patient stated.

Hospital administrators declined an on-camera interview. They issued a statement saying, in part: "As a result of this regrettable incident, we completed corrective steps that were approved by the state."

The report indicates a new towel counting process that's now in place during surgeries. Capozzi says investigators made it clear, the hospital can do better in accounting for what is present and what is accounted for prior to and following every medical procedure.