KGO
By David Louie
MILPITAS, CA -- The Loma Fire scattered residents and horses from evacuated areas. Video from Sky7 shows how dangerous conditions were for them. But now it is reunion time as animals and their owners are starting to re-group. It's a story you'll see only on abc.


It's not just people who were impacted by the fire evacuations, but animals as well. Some horses were rescued and brought to Whispering Hills Ranch. And even as they wait for permission to go home, reunions are underway.

"I am relieved, I was kind of lying awake wondering how I was going to get them off the farm," said Morgan Hill Ranch caretaker David George.

Sampson and Elijah were a challenge. They're draft horses, weighing about 1,600 to 1,800 pounds each. But they're safe at Whispering Hills Ranch, a temporary home until evacuation orders are lifted.

"We assured that they have food," said Mary Anderson with the Santa Clara County Large Animal Evacuation Team. "Draft horses need grass hay. They cannot eat a lot of high grain, and we're trained for that."

The team Anderson is on has worked nonstop since Monday night.

You may have seen this dramatic video from Sky7 early Tuesday morning with horses just yards from flames advancing on their barn.

The five Arabians are now safe at the county fairgrounds.

"Once we get out of here and let them roam around and they've got the run of the place, they'll start drinking water, which we're concerned about so they don't dehydrate, 'cause they usually drink out of their own buckets, but I'm sure they'll recover just fine," said Bob Hagg with the Santa Clara County Large Animal Evac Team.


The evac team works with Cal Fire and the Office of Emergency Services to make sure no horse is left behind. Owners were able to relocate 140 horses on their own, but some didn't have trailers. The evac team took care of that. That has so impressed George that he has plans to join them.

"I'm probably going to become a volunteer," he said. "I've got a truck and, you know, I can donate my time."

George is an emergency room nurse by profession.

"It's kind of different to be on the receiving end of help," he said. "I'm usually helping others. I was really kind of taken aback in a good way."
Related topics:
santa cruzmilpitaswatsonvillecal firesanta cruz countysanta clara countyanimals in perilanimal rescueevacuationpetbrush firefirepet rescueanimalpetsfirefightersinvestigation
Copyright © 2020 KGO-TV. All Rights Reserved.
RELATED 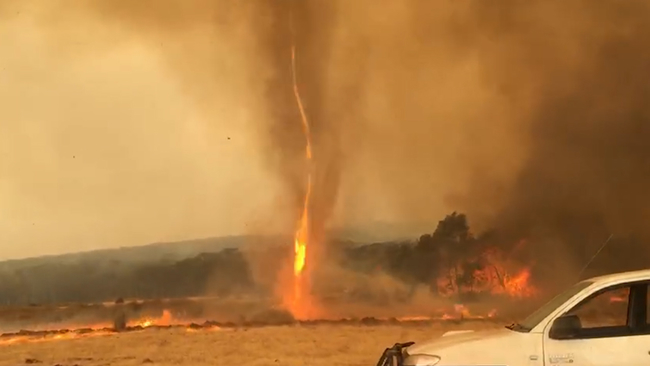