Homeless man ironically has job, place to stay in house where he once squatted 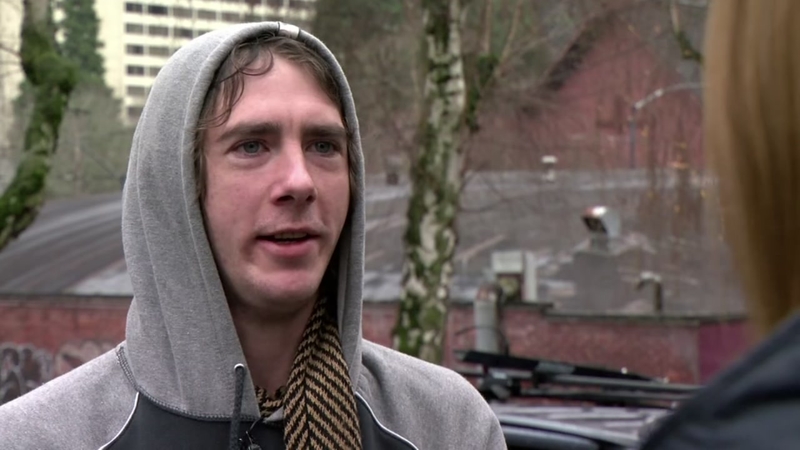 PORTLAND, OR (KTRK) -- A homeless man is calling recent events that have landed him living and working inside the Oregon house where he was squatting a "dream come true."

James Eppler slept on the porch of a Portland home until Chris Crever, a property investor, came to clean up the house he recently purchased. Crever cleared the property of Eppler's bedding, and when Eppler returned to find everything gone, Crever saw him trying to figure out what to do next on the house's front porch.

Crever saw him and told him he had to go.

Crever told station KOIN what Eppler did next surprised him.

"He understood, wasn't bitter about it and thanked me as I walked away," Crever said. "The fact that he said it so respectfully and kindly like, 'Sure, thank you for not having a problem with us so far, treating us like a human being.'"

Crever asked Eppler to meet him at the house the following Monday. In an ironic twist, Crever offered Eppler a job cleaning and restoring the home he'd been asked to leave.

Eppler accepted, but after days of showing up to work soaked from sleeping under a bridge, Crever gave Eppler a temporary room at the house and a place to clean up.

Crever said, "He seems to want it, he seems to have the desire. Maybe he gets a job at a Home Depot or Lowes, in the near future, something in the service sector, but in order to do that, he needs a permanent roof over his head."

Crever is asking for the community to step up to help. KOIN reports Crever is challenging others to step in to help to find Eppler, who has worked as a cook and now in maintenance, permanent work. He's posted his contact information on social media.

Eppler, homeless since he was 16, is thankful.

Eppler said, "The fact that it's around Christmastime -- you know, I was raised with Christmas every year, it's was a huge thing -- it's almost like God smiling down."
Related topics:
oregonhomelessu.s. & world
Copyright © 2021 KTRK-TV. All Rights Reserved.
More Videos
From CNN Newsource affiliates
TOP STORIES