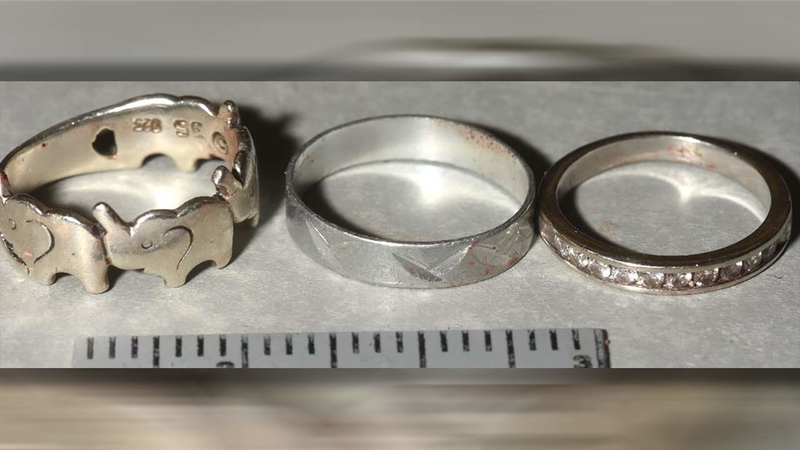 Details released in case of girl found shot to death

HOUSTON (KTRK) -- Authorities are working to identify a young woman who was shot, and left dead in the street.

The girl was discovered in the 9900 block of S. Sharpcrest Street near the West Beltway last Thursday. A man driving his children to school at about 7am spotted the victim in the street and called police.

Houston police said at the time that witnesses reported hearing gunshots around 5am that morning, but it appears the girl was killed somewhere else and dumped at this location.

The Harris County Medical Examiner's Office has released details about the girl, in the hopes someone who recognizes her can help positively identify her. She is thought to be between 15 and 25 years old. The girl is described as Hispanic. She is 5'8" and weighs 108 pounds. She has long, dark, wavy hair and pierced ears.

The unidentified victim was found wearing these three rings.

Authorities released the following image of the girl in hopes of helping to identify her. The photo of her face, taken after her death, may be disturbing to some.

If you think you may recognize her, click here to see that photo.