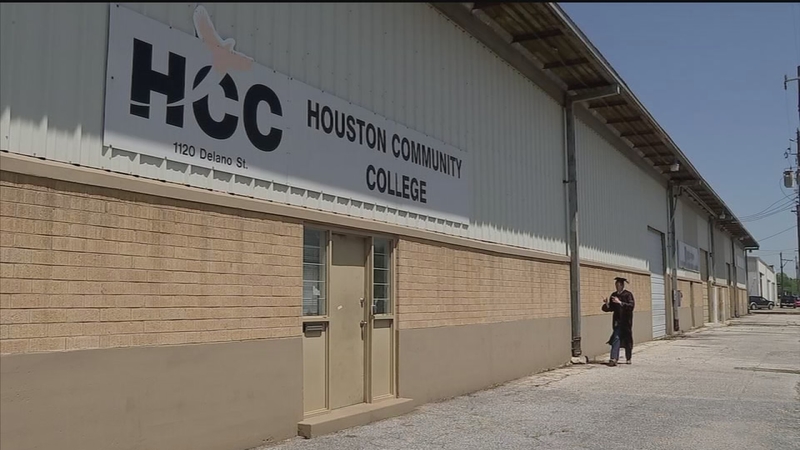 HOUSTON (KTRK) -- The Houston Community College System has entered into questionable land deals for years and continues to do so despite new board of trustees members and a new chancellor, Ted Oberg Investigates has found.

The investigation into HCC purchases found:

"The College does not have detailed plans for those properties," HCC Chief Facilities Officer Charles Smith said in a statement to ABC-13. "We are in the process of engaging a consultant to advise us on strategic land issues, including recommendations for potential acquisitions and divestitures."

And at an HCC trustee meeting this month, Smith assured the public that the college, an institution with more than 55,000 students, is not simply buying up property for no reason.

"We're not in the real estate business, we're in the college business," he said.

But as of April, HCC owns more than 150 separate pieces of property. And dozens of those parcels are unused or vacant.

In those records, filed this month, Byas described how she told law enforcement authorities that three trustees attempted to orchestrate a deal in which the HCC would buy property, and they would receive 10 percent of the money the college paid to the seller.

The records did not mention specific trustees. An attorney for HCC said in press reports the claims are unfounded. And these events took place before Wilson was elected trustee.

Wilson is not the only trustee unhappy with the bevy of HCC land purchases.

Chris Oliver, the longest-serving trustee member, told ABC-13 that trustees "have some of the same questions that you do" about the land deals.

Trustees want to ask questions about some of the deals, but get push-back from HCC administrators, Oliver said.

"If you ask the kinds of questions that you're asking me now, we're accused of micromanagement," he said. "We get questions like, 'Why are you asking so many questions?'"

Carroll Robinson, who stepped down from the HCC Board of Trustees this month saying he wanted to concentrate on a run for Houston Controller, said it's an uphill battle to get "full and complete information" about land deals from the administration.

For example, Robinson said he asked several times for a map of HCC properties and how many of those held vacant buildings.

Robinson was investigated for trying to direct a $1.4 million contract to a friend. He was cleared by an HCC investigation. And Robinson, Oliver and Wilson have had a contentious relationship with the current HCC administration.

The most recent contention between the trio and the HCC administration stems from the January purchase of the West Loop former Conn's building. All three told ABC-13 the college overpaid for the building after they were shown documents obtained by Ted Oberg Investigates.

On Thursday at 6 p.m., tune into ABC-13 to find out more about the questions surrounding the deal that led to the purchase of the former Conn's on the West Loop and to find out exactly how much taxpayers may have overpaid.