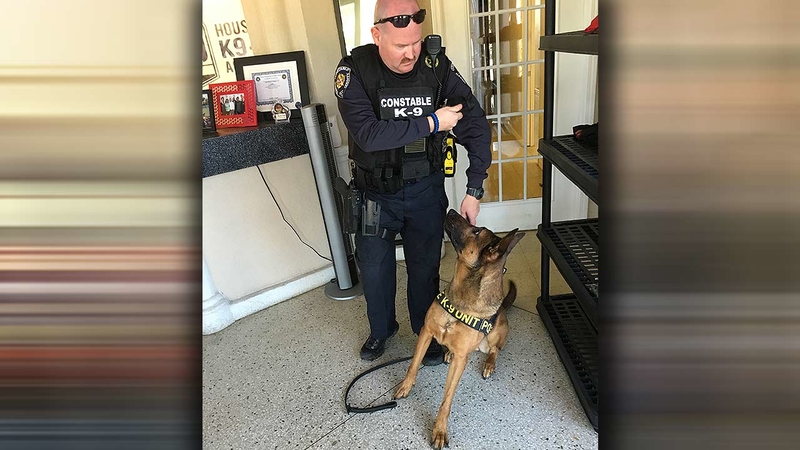 HOUSTON (KTRK) -- You probably think you shouldn't mess with them, and you're probably right. But look closer. Beyond the uniform and the badge, this is also a man with his dog.

"He knows when your sad, he knows when you're excited, in a downtime," said Deputy Billy Williams with the Harris County Constable's Office Precinct 8.

But most people's dogs don't do what this dog does. K-9 Storm took drugs and money worth almost $2 million off the streets in just three years. Deputy Billy Williams teamed up with Storm in 2012 and together they hunt for one thing -- the drugs you should not have.

The duo was named best in narcotics detection at the 2015 Texas K-9 Officer Conference and Trials in October.

"When your back-up isn't as close as you need him," said Williams. "I got him. He's loyal. He doesn't talk back. He barks a lot."

You could say this partnership was destined to happen. William's father was a K-9 police officer in La Porte and that became this man's dream job.

Storm was donated by the nonprofit K-9s for Cops here in Houston. They pay for close to $15,000 for the dog along with the training. The organization assists many departments across the country who do not have the money in their budget for canine programs.