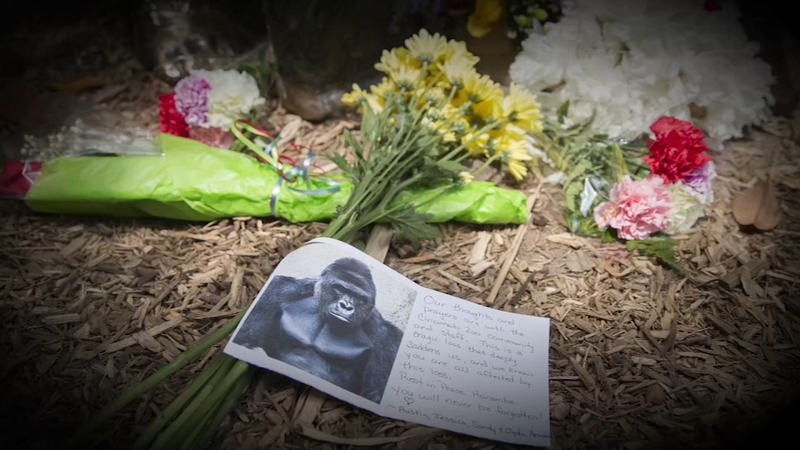 CINCINNATI, Ohio -- Harambe the Ohio zoo gorilla shot and killed after a 3-year-old boy got into his enclosure, has taken on life after death.

The late 17-year-old great ape has shown up in tongue-in-cheek petitions to rename the hometown Cincinnati Bengals, to add his face to Mount Rushmore or the Lincoln Memorial, and to put him on the dollar bill. He has grown the angel wings and halo of a deity in social media memorials.

He's even been mock-nominated for president.