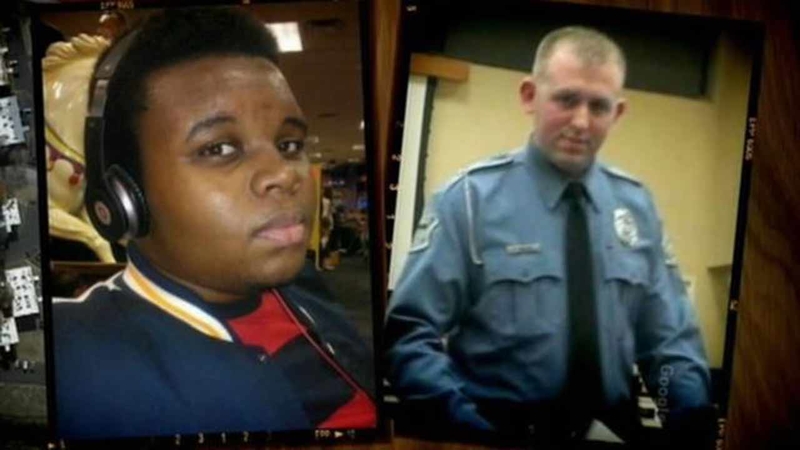 FERGUSON, MO (KTRK) -- A grand jury declined Monday to indict Darren Wilson in the death of Michael Brown, the unarmed, black 18-year-old whose fatal shooting by a white officer sparked weeks of sometimes-violent protests and exposed deep racial tension between many African-Americans and police. 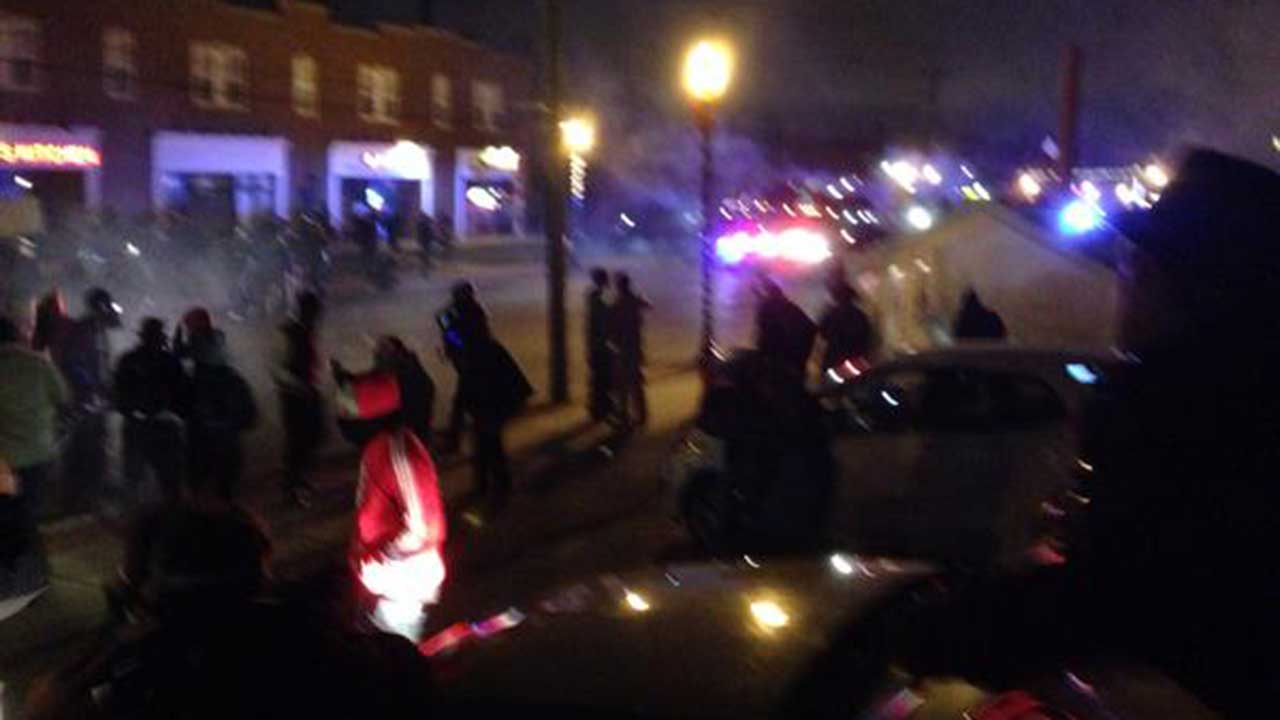 Inside Ferguson
A look at Ferguson, MO, before and after the grand jury announcement in the case involving the death of Michael Brown by a police officer

Prosecuting Attorney Bob McCulloch said the jury of nine whites and three blacks met on 25 separate days and heard more than 70 hours of testimony from about 60 witnesses, including three medical examiners and other experts on blood, toxicology and firearms.

He stressed that jurors were "the only people who heard every witness ... and every piece of evidence." He said many witnesses presented conflicting statements that were inconsistent with the physical evidence. 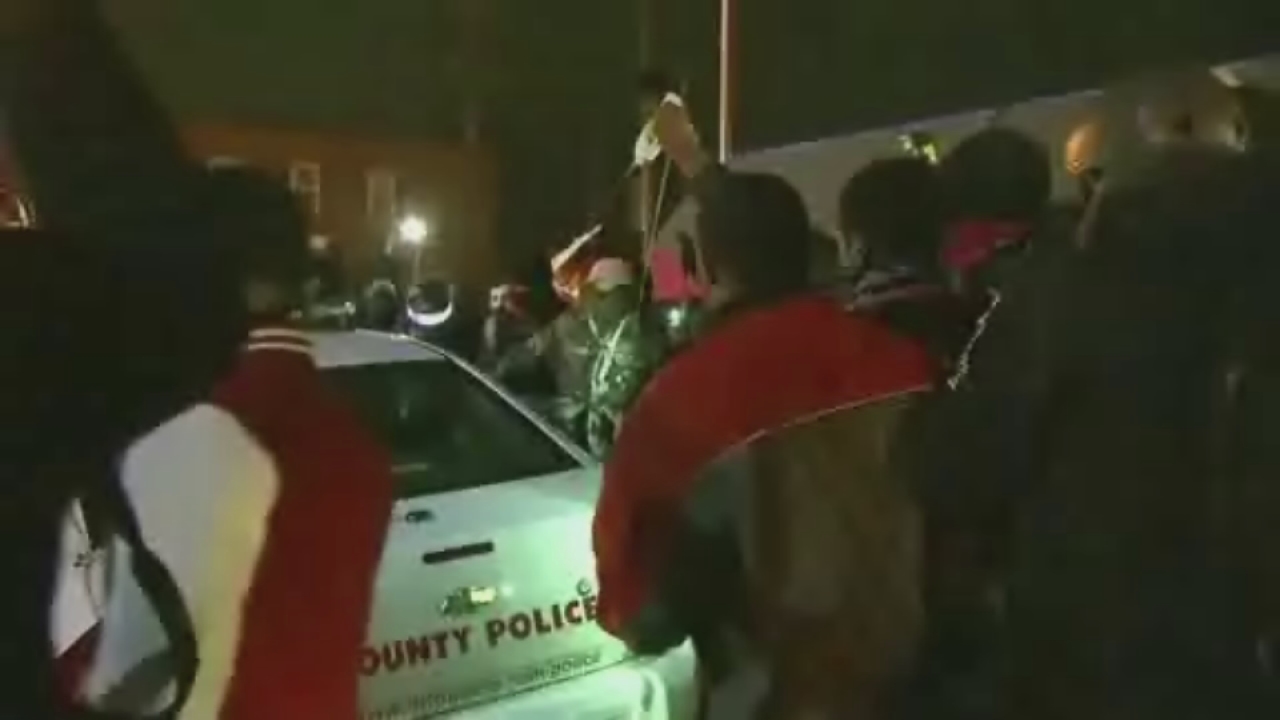 Protestors vandalize police car
Unrest on the streets of Ferguson, Missouri, after a grand jury decided not to indict an officer in the fatal shooting of Michael Brown
"These grand jurors poured their hearts and soul into this process," he said.

As McCulloch was reading his statement, Michael Brown's mother, Lesley McSpadden, was sitting atop a vehicle listening to a broadcast of the announcement. When she heard the decision, she burst into tears and began screaming before being whisked away by supporters. 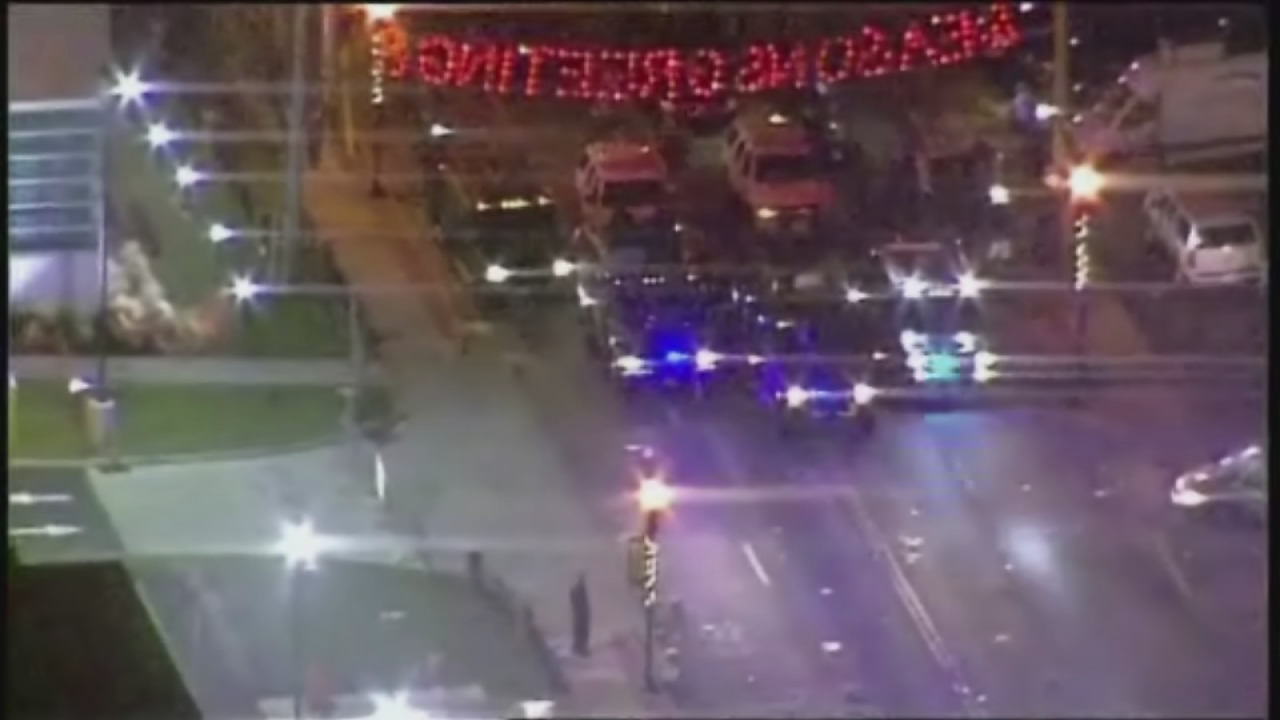 Tanks rolling down the streets of Ferguson
Unrest on the streets of Ferguson, Missouri, after a grand jury decided not to indict an officer in the fatal shooting of Michael Brown
The crowd with her erupted in anger, converging on the barricade where police in riot gear were standing. They pushed down the barricade and began pelting police with objects, including a bullhorn. Officers stood their ground.

At least nine votes would have been required to indict Wilson. The grand jury met in secret, a standard practice for such proceedings.

Speaking for nearly 45 minutes, a defensive McCulloch repeatedly cited what he said were inconsistencies and erroneous accounts from witnesses. When asked by a reporter whether any of the accounts amount to perjury, he said, "I think they truly believe that's what they saw, but they didn't."

The prosecutor also was critical of the media, saying "the most significant challenge" for his office was a "24-hour news cycle and an insatiable appetite for something - for anything - to talk about."

Just after the decision was announced, Brown's family issued the following statement:

"We are profoundly disappointed that the killer of our child will not face the consequence of his actions.

While we understand that many others share our pain, we ask that you channel your frustration in ways that will make a positive change. We need to work together to fix the system that allowed this to happen.

Join with us in our campaign to ensure that every police officer working the streets in this country wears a body camera.

We respectfully ask that you please keep your protests peaceful. Answering violence with violence is not the appropriate reaction.


President Barack Obama appealed for calm and understanding, pleading with both residents and police to show restraint.

"We are a nation built on the rule of law, so we need to accept that this decision was the grand jury's to make," Obama said. He said it was understandable that some Americans would be "deeply disappointed - even angered," but echoed Brown's parents in calling for any protests to be peaceful.

The Justice Department is conducting a separate investigation into possible civil rights violations that could result in federal charges. The department also has launched a broad probe into the Ferguson Police Department, looking for patterns of discrimination.

The Aug. 9 shooting inflamed tensions in the predominantly black St. Louis suburb that is patrolled by an overwhelmingly white police force. As Brown's body lay for hours in the center of a residential street, an angry crowd of onlookers gathered. Rioting and looting occurred the following night, and police responded with armored vehicles and tear gas.

Outside the Ferguson Police Department on Monday night, St. Louis County police used a bullhorn to order a crowd to disperse, saying it had become an unlawful assembly. Protesters defied the orders and some chanted "murderer." Minutes later, four gunshots were heard down the street.

Hours before the decision was made public, Nixon urged people to remain peaceful as he appeared at a news conference with the state's public safety director and the leaders of St. Louis city and county.

"Our shared hope and expectation is that regardless of the decision, people on all sides show tolerance, mutual respect and restraint," Nixon said.

Some black leaders and Brown's parents questioned McCulloch's ability to be impartial. The prosecutor's father, mother, brother, uncle and cousin all worked for the St. Louis Police Department, and his father was killed while responding to a call involving a black suspect in 1964. McCulloch was 12 at the time, and the killing became a hallmark of his initial campaign for elected prosecutor.

Nixon declined to seek the removal of McCulloch in the Brown case, but he also called for McCulloch to vigorously prosecute Wilson, who had been on the Ferguson force for less than three years. Prior to that job, Wilson was an officer for nearly two years in Jennings, another St. Louis suburb.

McCulloch, a Democrat, has been in office since 1991 and was re-elected to another term earlier this month.

Among the cases that McCulloch's opponents cited as examples of pro-police bias was the 2000 shooting death of two men in a fast-food parking lot by two undercover drug officers in the town of Berkeley, which like Ferguson is a predominantly black suburb in what locals call North County.

McCulloch opted to not prosecute the two officers and characterized the victims as "bums" who "spread destruction in the community" by selling drugs.