KTRK
HOUSTON (KTRK) -- We're hearing for the first time from a good Samaritan who ran to help, seconds after an out-of-control driver ran into a bus stop.

"Adrenaline was going and I was kind of scared because I seen what happened and it didn't look good," good Samaritan Noel McChristian said.

Eyewitness News has learned one of the crash victims, a woman in her 40's, has died.

"Prayers to the family and I hope they make it through this," said McChristian.

We also learned investigators say Vasquez had been drinking. Detectives recreated the accident and say Vasquez was racing a Ford truck when he began weaving in and out of traffic at a high rate of speed. They say he hit a van just before he lost control of his Impala, leaving the road and slamming right into those innocent bystanders who were waiting to catch the bus.

"They didn't have time at all," McChristian added.

Vasquez left the scene and tried to hide, but police caught up with him.

"He should have stopped because those people were really hurt. He hit them. I think the justice system is going to get this guy what he really deserves," said McChristian.
Related topics:
houstonmetrohit and run
Copyright © 2020 KTRK-TV. All Rights Reserved.
RELATED 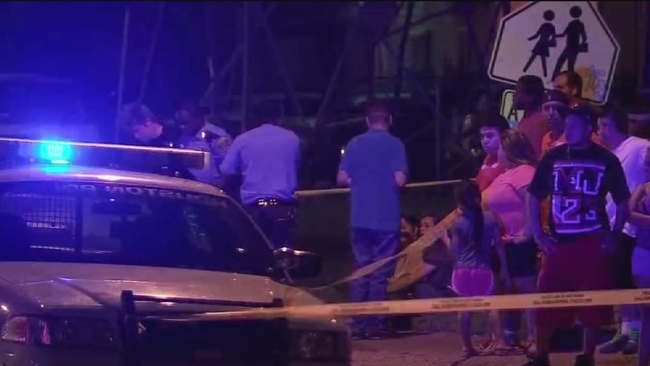