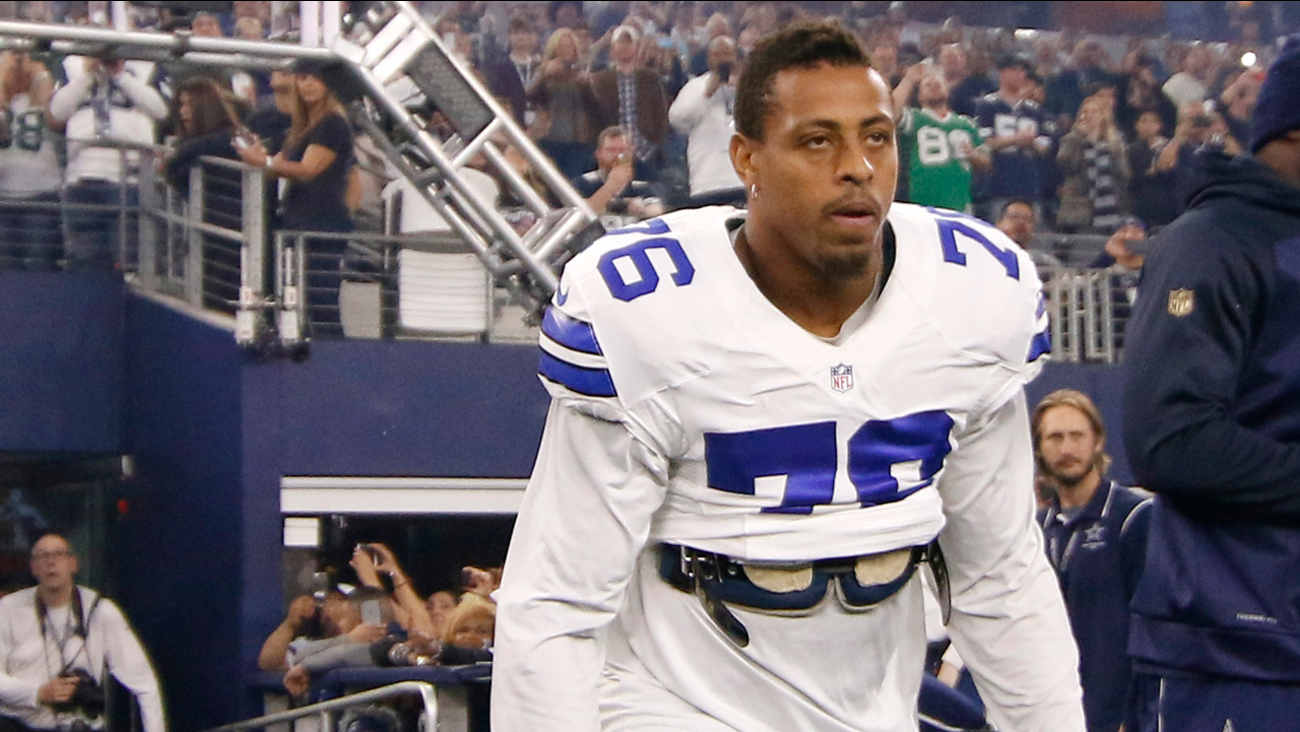 FILE - Dallas Cowboys defensive end Greg Hardy jots out onto the field with the team for an NFL football game against the New York Jets on Saturday, Dec. 19, 2015. (AP Photo/Roger Steinman)

RICHARDSON, TX -- Former Dallas Cowboys defensive end Greg Hardy, who remains unsigned after a tumultuous 2015 season revolving around his domestic violence case in North Carolina, has been arrested on a cocaine possession charge in Texas. 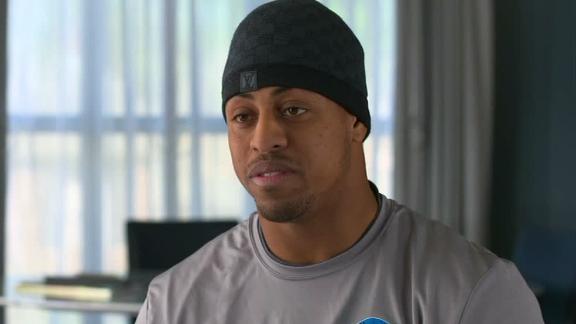 Jail spokesman Tim Weed in the Dallas suburb of Richardson said Hardy was arrested early Monday and booked on a charge of possession of a controlled substance. He was released on $5,000 bond Monday afternoon.

The 2013 Pro Bowl player was pulled over late Sunday night for failure to signal a left turn, and a search of his vehicle revealed what police said was cocaine and an item containing marijuana remnants, according to police documents. 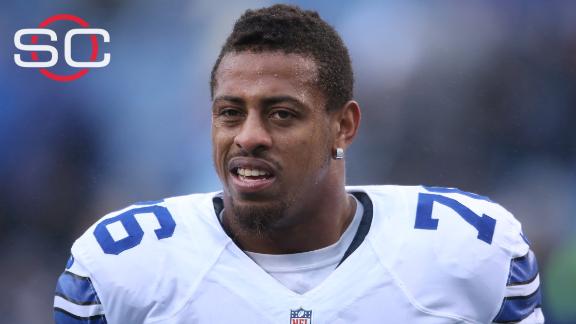 Hardy told police he didn't know what was in a bag that police said contained cocaine, and Hardy said somebody gave him the bag at a party the previous night.

Police said a substance that tested positive for cocaine was found in his wallet, but Hardy said he had been passing his wallet around at the party "because he was paying for everybody and that must have been when the baggie was put in his wallet,'' according to the police report. 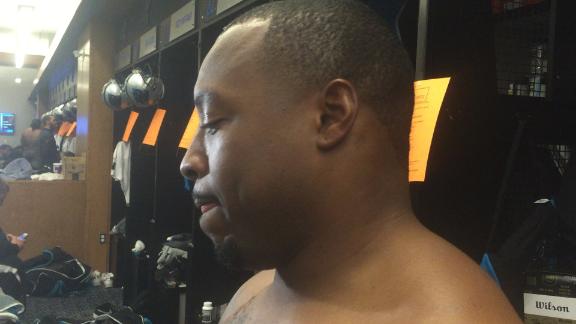 Some Panthers players still consider Greg Hardy a friend despite issues
Despite off-the-field issues and now being a member of the Dallas Cowboys, Greg Hardy still has the support of some of his former Carolina Panthers teammates.

The police report also made reference to a couple of gun club membership cards in Hardy's wallet. When the NFL suspended Hardy for 10 games over his domestic case, the league cited the presence of guns in his apartment in the ruling. An arbitrator reduced the ban to four games. 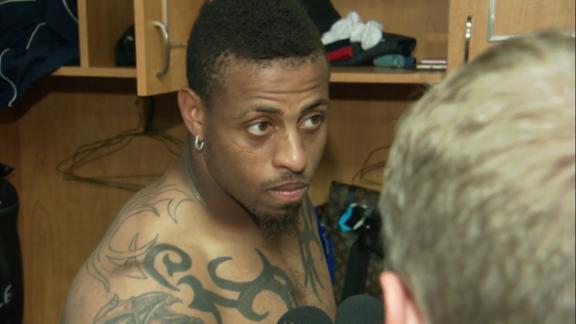 Hardy had two sacks of New England Patriots quarterback Tom Brady in his first half of a game last season, and he collected four sacks in his first four games, but he had just one sack and two half-sacks in the final eight games. The Cowboys' coaches credited him with 35 tackles and a team-high 32 quarterback hurries. He also had five tackles for loss, an interception and a forced fumble. 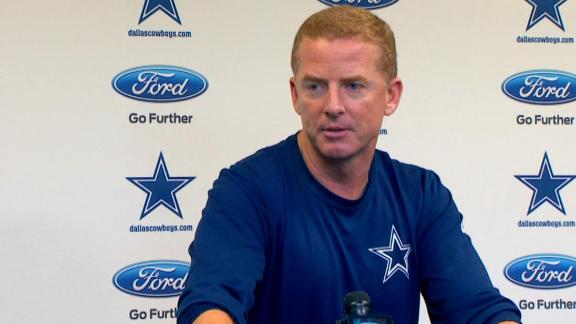 Hardy did not produce the sack total the Cowboys had in mind when they signed him to a one-year deal worth as much as $13.1 million last year. That deal contained no guaranteed money, and because of the suspension and failure to reach any of his sack incentives, Hardy earned roughly $8.8 million.

He also earned attention off the field. In his first extended public comments after the completion of his suspension, he said he would come out "guns blazing" and made inappropriate comments about Brady's wife. On at least two occasions, Cowboys coach Jason Garrett had to speak to Hardy about his Twitter feed. Owner and general manager Jerry Jones also had a sit-down meeting with Hardy later in the season.

Although the charges from his 2014 domestic violence case were dropped and Hardy's record was expunged, Deadspin released photos in November from the night of the incident between Hardy and ex-girlfriend Nicole Holder that showed bruising to her back, jaw and feet.

In an interview with ESPN, Hardy said he was an "innocent man" and denied he had ever put his hands on a woman. Of the photos, he said: "Pictures are pictures, and they can be made to look like whatever they want to." 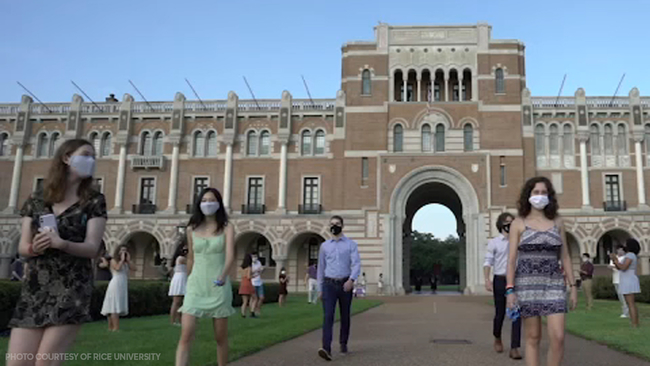