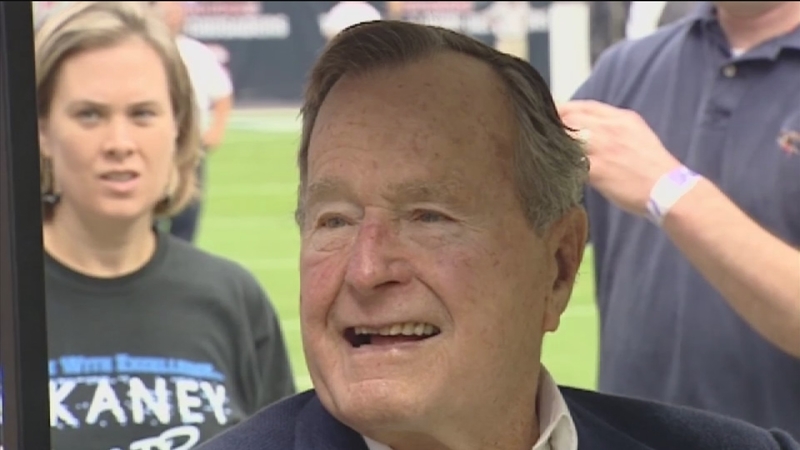 The 90-year-old Bush had been taken by ambulance to Houston Methodist Hospital on Tuesday evening as a precaution, spokesman Jim McGrath said. McGrath says the president will stay a third night in the hospital.

"President Bush had another terrific day and is in great spirits. He was visited by Mrs Bush as well as his son Neil and daughter-in-law Maria Bush, and has received well wishes from family, friends and fellow citizens," McGrath said in a prepared statement. "He asked that his sincere wishes for a very Merry Christmas be extended to one and all."

Bush spent Christmas 2012 in intensive care at the same hospital while being treated for a bronchitis-related cough and other issues. He was discharged in January 2013, after nearly two months in the hospital.

It was not immediately clear if Bush, who is the oldest living former president, would be able to spend this Christmas at home.

President Barack Obama, who is vacationing in Hawaii, has been notified about Bush's hospital admission.

"President Obama and the first lady send their good wishes to the former president and the entire Bush family during this holiday season," said White House spokesman Eric Schultz.

Bush made two public appearances last month. He attended an event at Texas A&M University with his son, former President George W. Bush, and served as the coin-toss captain for the Houston Texans during a Nov. 23 game that honored the U.S. Armed Forces.

The elder Bush was a naval aviator in World War II - at one point the youngest in the Navy - and was shot down over the Pacific.

Bush served two terms as Ronald Reagan's vice president before being elected the nation's 41st president in 1988. After one term, highlighted by the success of the 1991 Gulf War in Kuwait, he lost to Democrat Bill Clinton amid voters' concerns about the economy.

The elder Bush has skydived on at least three of his birthdays since leaving the White House. In June, he celebrated his 90th birthday by making a tandem parachute jump near his summer home in Kennebunkport, Maine. During the winter, Bush and his wife, Barbara, live in Houston.