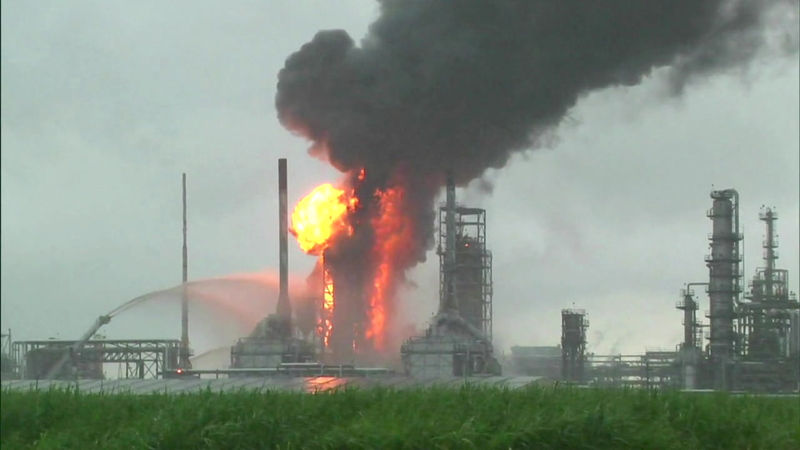 CONVENT, LA -- A fire Thursday at a refinery along the Mississippi River between New Orleans and Baton Rouge has been extinguished.

The blaze began in the H-Oil unit at about 10:50 a.m., said Angela Goodwin, a spokeswoman for Motiva's Convent Refinery. What sparked the fire remains under investigation, she said.

She said other units in the refinery were unaffected by the blaze and remained operational.

"All employees are accounted for and there are no injuries," she said. "Employees, not directly involved in the operation or response, have been released for the day."

Television footage from the scene showed flames in the center of the plant and huge billows of black smoke coming from the plant. Goodwin said air monitoring confirmed there was no environmental impact to the community.

All refinery employees scheduled to work Friday have been notified to return to their normal duties, Goodwin said.

The refinery produces a full slate of conventional petroleum products including regular, premium and low-sulfur gasoline.

Motiva is owned equally by subsidiaries of Saudi Aramco and Shell Oil Company.

At approximately 10:50 a.m. on Thursday, August 11, 2016, Motiva's Convent Refinery experienced a fire in the H-Oil unit. Motiva emergency response teams are containing the fire and the cause of the incident is under investigation. Other units in the refinery were not impacted and remain operational. Air monitoring confirms there is no impact to the community.
All employees are accounted for and there are no injuries. Employees not directly involved in the operation or response have been released for the day.