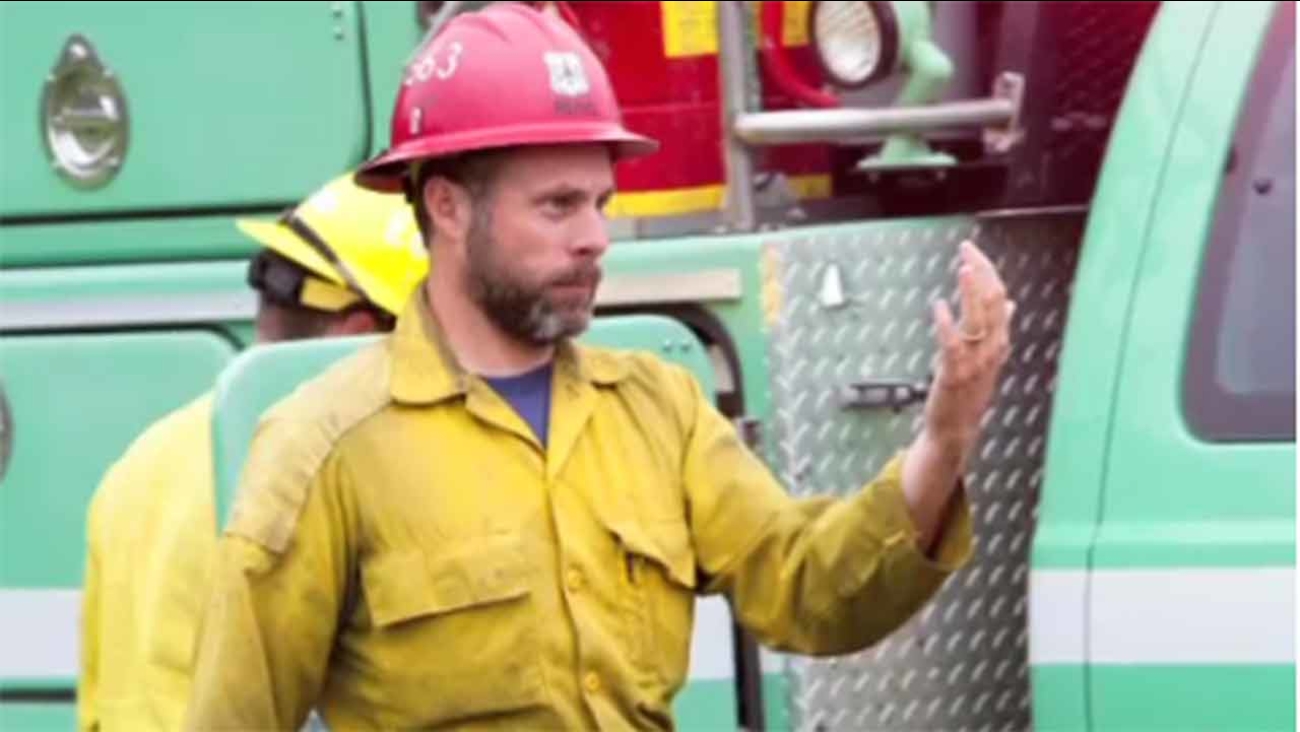 SAN FRANCISCO, CA -- A firefighter evaluating a Northern California wildfire was killed by the erratic, wind-stoked blaze while he was surveying an area to decide the best way for crews to handle the flames, a U.S. Forest Service official said Saturday.

Forest Service firefighter David Ruhl, 38, was in a vehicle in the Modoc National Forest and would have been scouting for ways to suppress the fire when crews lost contact with him Thursday evening, Forest Service spokesman Ken Sandusky said.

Officials said they couldn't immediately say whether Ruhl had time to let others know by radio that he was in trouble, or whether flames overtook him too fast to call for help. His body was recovered Friday.

An investigation has begun to determine exactly what happened and whether there are any lessons to be learned from Ruhl's death, Forest Service spokeswoman Heather Noel said.

"We owe that not only to the family and to the friends and to the employees that worked with Dave, but we also owe it to the agency and the rest of the firefighters, so that whatever did happen won't be repeated if possible," she said.

Ruhl lived in Rapid City, South Dakota, with his wife and two children, who are devastated, said Scott Jacobson, Ruhl's co-worker and a spokesman for the Black Hills National Forest in South Dakota.

"He was a great husband, a great father and a great employee," Jacobson said. "He was loved by everybody."

Jacobson said Ruhl had been on temporary assignment since June in California, where he was an assistant fire management officer for the Big Valley Ranger District of the Modoc National Forest.

He wanted to broaden his firefighting experience and improve his skills because he was so passionate about his job, Jacobson said.

"He was just always eager to get out and about and work with people," he said. "It says a lot about the kind of guy he was that he took time away from his family to do that."

He said co-workers liked Ruhl for his easygoing and humble manner, and for always being there when one of them needed help.

By Saturday, the blaze about 100 miles south of the Oregon border had burned nearly 3 square miles and was 5 percent contained.

Erratic winds were challenging fire-containment efforts and moving the fire in all directions. Gusty winds were expected Saturday evening, when lightning also was forecast, the Forest Service said.

Ruhl grew up in Wisconsin and previously worked for the U.S. Coast Guard and as a correctional officer. He joined the Forest Service in 2001 and had been with Black Hills National Forest since 2011, Jacobson said.

Ruhl was the engine captain for Black Hills' Mystic Ranger District, where he supervised a crew responsible for sizing up and suppressing new wildfires. He also oversaw crews as they contained prescribed burns intentionally set to control forest and prairie growth.

Black Hills National Forest supervisor Craig Bobzien said Ruhl was admired by his peers and cared deeply about his work.

"He was so highly respected, I think the kind of person that people just wanted to be around," Bobzien said, his voice breaking.