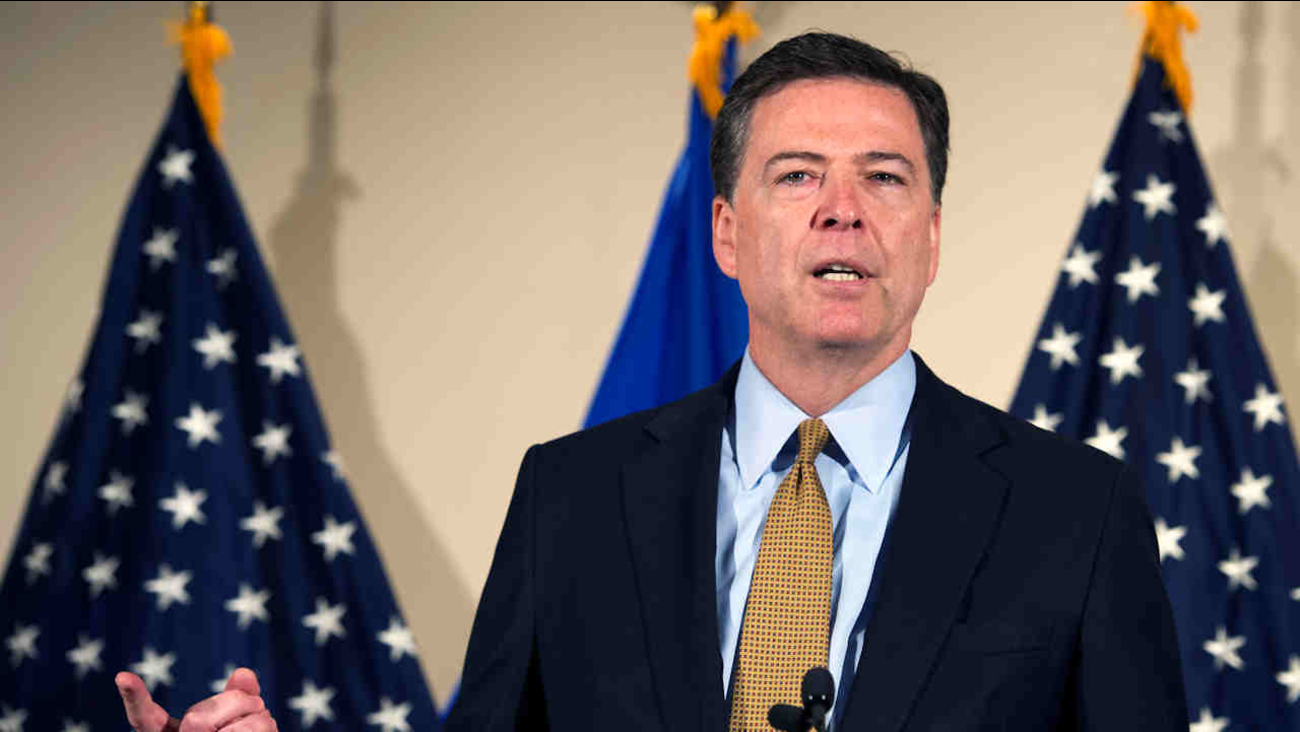 WASHINGTON -- Summoned before Congress, FBI Director James Comey on Thursday strongly defended the decision to not prosecute Hillary Clinton over her private email setup. He said there was no evidence that she or any of her aides knew that anything they were doing was against the law or had lied to federal investigators.

Comey's appearance before the House Oversight and Government Reform Committee marked his first public statements since an FBI announcement that removed the threat of criminal charges against the presumptive Democratic presidential nominee but also revived public scrutiny of her handling of classified information.

It was the most detailed explanation to date about why the Justice Department concluded without charges a yearlong investigation that had dogged Clinton's presidential campaign and raised questions for voters about her trustworthiness.

"Our folks did it in an apolitical and a professional way," Comey said of the FBI's handling of the investigation.

Republicans said they were infuriated with the FBI's decision and confused by the way it was presented. Comey on Tuesday gave a scathing assessment of Clinton's email practices, followed by his conclusion that "no reasonable prosecutor" would charge her with a crime.

On Thursday, Comey said the legal decision came down to a simple lack of a criminal intent.

When agents investigate allegations of criminal wrongdoing, they look for evidence not only that a statute was violated but also that a person knew that what he was doing was wrong. That evidence did not exist in this case, Comey said.

Although there is a law that allows for felony prosecution for mishandling classified information due to gross negligence, that law has been used only once in the 99 years since it was enacted - and that was in a case involving espionage, Comey said.

"They have grave concerns about whether it's appropriate to prosecute someone for gross negligence," he said of department officials.

Committee chairman, Rep. Jason Chaffetz, R-Utah, told Comey that the FBI's decision showed a "double standard" for powerful people. Had the "average Joe" done what she had done, he said, he would go to prison.

"If your name isn't Clinton, or you're not part of the powerful elite, then Lady Justice will act differently," Chaffetz said, adding that the FBI had set a "dangerous precedent" in letting her off the hook.

Comey specifically rebutted a litany of GOP charges including that the FBI had been biased, ignored the law, applied it unjustly or coordinated the decision with Clinton's campaign. "We try very hard to apply the same standard whether you are rich or poor, white or black, old or young, famous or not known at all," he said.

The committee's top Democrat, Elijah Cummings of Maryland, accused Republicans of politicizing the investigation. But he suggested that Comey had contributed to that by leaving "a perceived gap" between his public criticism of Clinton and his conclusion not to prosecute.

Attorney General Loretta Lynch said Wednesday that she accepted the recommendations and findings of Comey and of her career prosecutors and would not file charges against Clinton. Lynch is likely to face questions of her own next week at a separate oversight hearing of the House Judiciary Committee.

House Speaker Paul Ryan, R-Wis., has said "there are a lot more questions that need to be answered" and, in a letter to Director of National Intelligence James Clapper, requested that Clinton be barred from receiving classified briefings for the rest of the campaign - a move that "certainly constitutes appropriate sanctions." Republican presidential candidate Donald Trump complained that the system was "rigged."

The hearing served as a means to energize a conservative base that might be disillusioned with Trump, as Republicans are working to hold onto their majority in Congress. But privately, some Republicans question the decision to pick a fight with Comey, a Republican from the Bush Justice Department with a reputation for independence.

On Tuesday, in a stinging assessment of her email practices as secretary of state, Comey rebuked Clinton and her aides for being "extremely careless" in their handling of classified information and contradicted many of the defenses and explanations she's put forward for months. But he also said there was no evidence anyone willfully or intentionally mishandled classified information and that "no reasonable prosecutor" would pursue such a case.

Comey, who served as deputy attorney general in the George W. Bush administration, was appointed in 2013 to a 10-year term as FBI director by President Barack Obama.
Related topics:
washingtonemailsfbiu.s. & worldhillary clintoninvestigation
Copyright © 2021 by The Associated Press. All Rights Reserved.
U.S. & WORLD 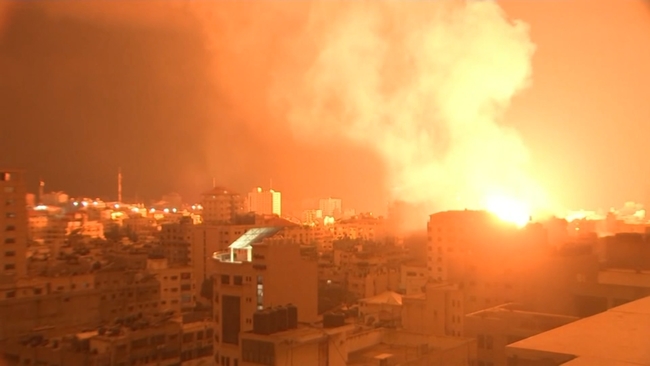