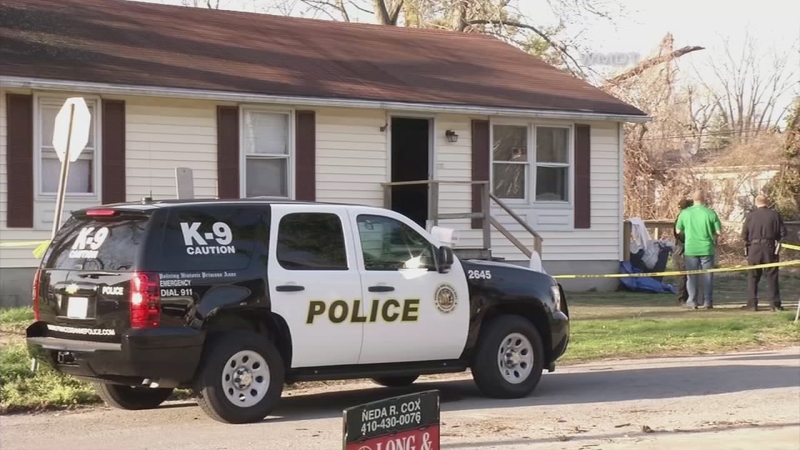 PRINCESS ANNE, MD -- A man found dead with his seen children in a Maryland home where power was cut due to an outstanding bill had tried to keep the family warm with a generator, a relative said.

Lloyd Edwards told The Associated Press that his stepson, 36-year-old Rodney Todd, had bought the generator after the power was shut off to the home in Princess Anne on Maryland's Eastern Shore. He said those who died were Todd and Todd's two sons and five daughters.

Lloyd and Bonnie Edwards spoke with an AP report outside the home, identifying themselves as the mother and stepfather of the 36-year-old Todd, whom they identified as the adult who died. They said Todd had seven children, including five girls and two boys.

Princess Anne Police Chief Scott Keller told The AP a generator was found without gasoline in the home's kitchen when the bodies were found Monday.

A police statement said only that the cause of the deaths remains under investigation and it identified the victims as an adult and seven children from 6 years old to the teens, without naming them.

Matt Likovich, a spokesman for Delmarva Power, would not say Monday night whether the power had been cut off. He said the matter is being investigated.

People hugged eacher other and looked on somberly outside the home Monday as police officers stood by and investigators went through the house. The home was encircled with yellow police tape wrapped around some trees in the yard.

Police said in a statement that officers found Todd and his seven children dead in the home after being contacted by the man's co-worker, anxious that the man hadn't been seen in days.

Bonnie Edwards described her son as a loving, caring young man who set an example for his children. "I don't know anyone his age who would have done what he did" for his children, she said. "I was so proud to say he took care of seven kids."

Todd was a utility worker at the nearby University of Maryland Eastern Shore, said his supervisor Stephanie Wells.

Wells, who hadn't seen Todd since March 28, said she went to the house Monday morning and knocked on the door, but no one answered. She then filed a missing person report with police.