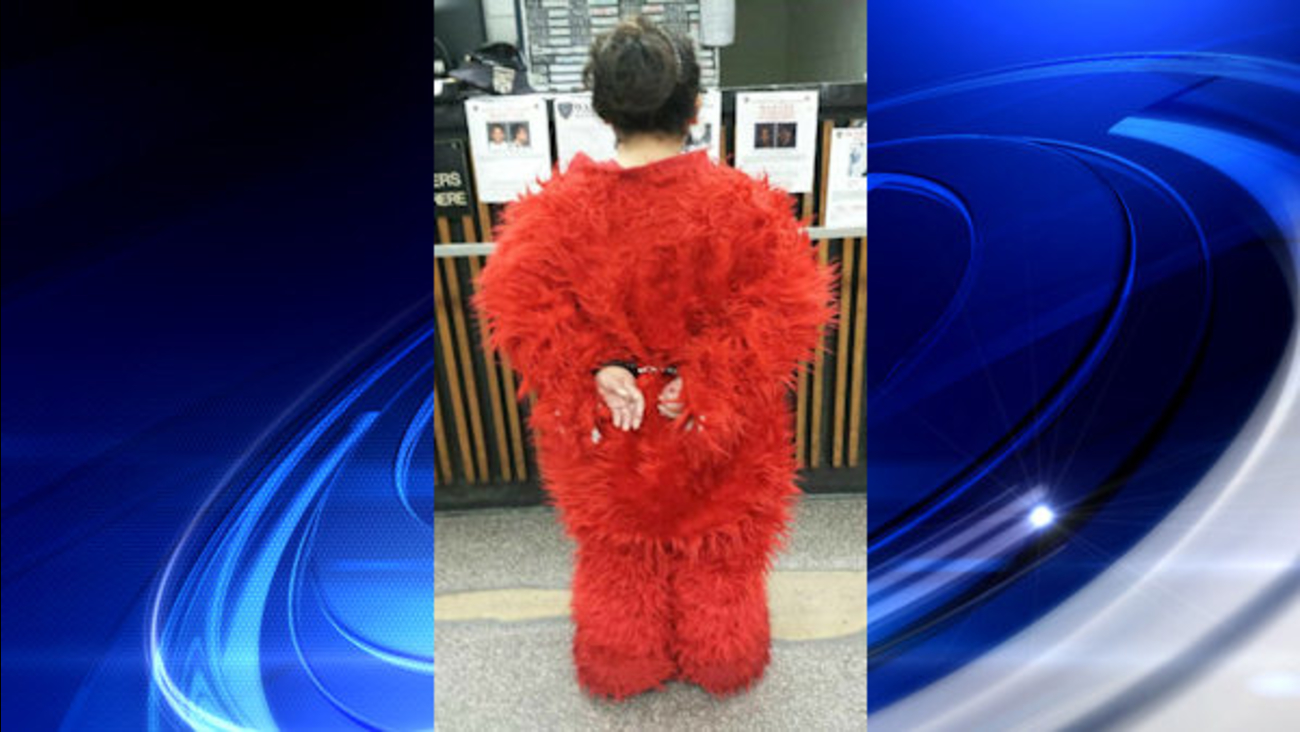 WABC
NEW YORK -- Another costumed character in Times Square has been busted by police.

She was arrested by 10 plain-clothes officers posing as tourists who took photos with her.

They took her into custody after she demanded cash in exchange for the pictures.

Several costumed characters have gotten into trouble with the law recently, leading to calls for them to be better regulated.

This Elmo was arrested as part of an NYPD sting dubbed Operation Sesame Street.