EXCLUSIVE: Victim of viral road rage carjacking thinks it was a set-up

KTRK
By Jessica Willey
HOUSTON, Texas (KTRK) -- The woman at the center of a viral video whose car was stolen as she was fighting with a woman at a stoplight said it was all a set-up and she fell for it.

Eyewitness News tracked down Stephanie Storey, who appears to have been the aggressor in a road rage incident in northeast Harris County Wednesday morning. After about 20 seconds of the fight, the shocking car theft was recorded on cell phone video and it has become popular on social media with commenters saying she deserved it.

"I don't care what people think of me," said Storey, a nurse, and then she described what happened.

"I turned around and my car was gone. I was told by 9-1-1 and another officer who was there, that's what they do."

Storey told Eyewitness News in a phone interview the minutes before the video are the most important. She claimed the other driver tried cut her off and cause a crash three times in a nearby parking lot. When they got to the light at Little York Road and the Eastex Freeway, it was the other driver, she said, who got out first, even though all you see on the video was Storey reaching into the vehicle.

Distracted, Storey never saw what happened next. A man jumped into her idling car and took off. The Harris County Sheriff's Office is investigating whether it was a scam. Storey did receive a citation for "assault by contact."

The woman in the other vehicle left the scene and returned 35 minutes later. She never responded to requests for comment and Storey believes she came back only because she knew she was being recorded.

"If someone tries to run you off the road and they get out of the car, then you keep going. Because that's their goal...is to get you out of your car so they can take take your car," Storey said, adding she did not regret having her car stolen because "it's just a car." 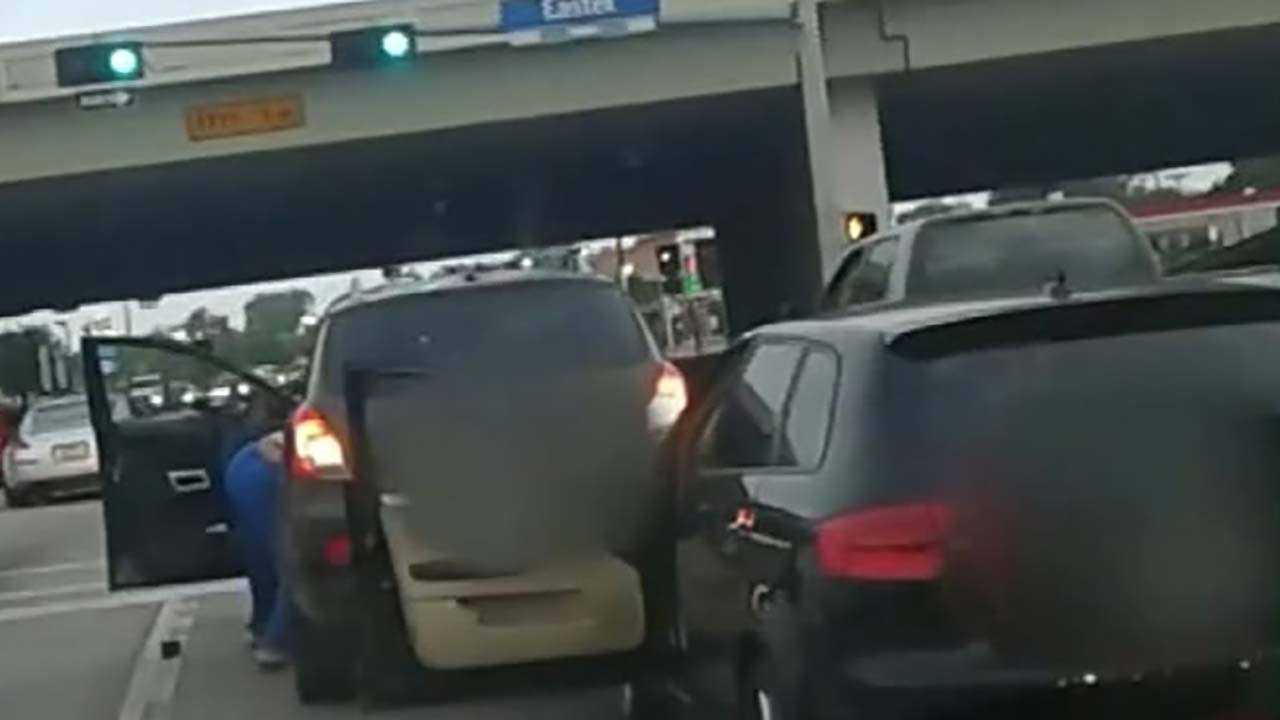 Driver shocked to see stranger running into fight to steal car
It was a road rage unlike any other. A fight between two female drivers broke out on Little York near the Eastex Freeway earlier this week.