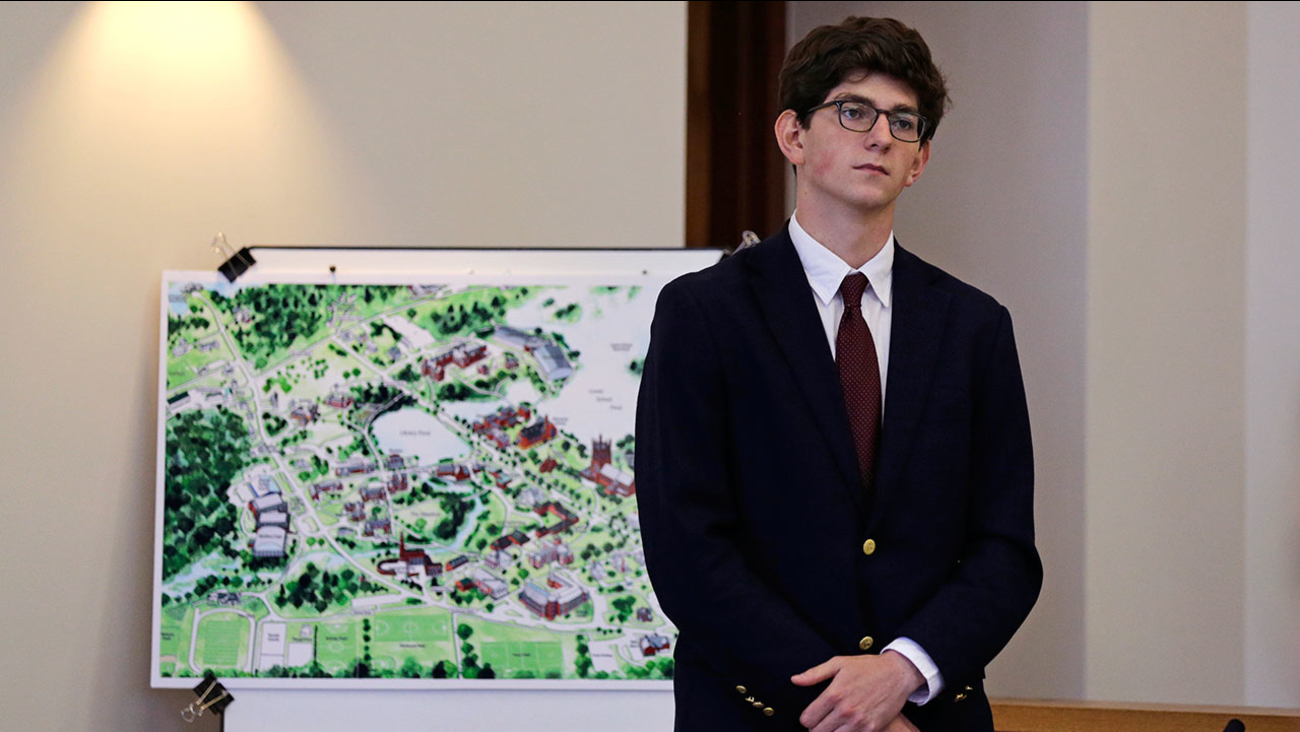 CONCORD, NH -- A former senior at a New Hampshire prep school has been acquitted of felony rape but convicted of misdemeanor sex charges regarding a 15-year-old freshman.

The jury of nine men and three women on Friday found Owen Labrie, of Tunbridge, Vermont, not guilty of raping the girl in an academic building at St. Paul's School two days before he graduated last year.

But they found him guilty of three misdemeanor sex assault charges.

Labrie said he and the girl had consensual sexual contact but not intercourse when he was 18.

He wept after the verdict was read.

Prosecutors say the encounter was part of Senior Salute, a tradition at the school in which seniors try to have sex with underclassmen.
Related topics:
rapesex assaultsex crimeu.s. & worldstudents
Copyright © 2021 by The Associated Press. All Rights Reserved.
More Videos
From CNN Newsource affiliates
TOP STORIES