"How can it be? Why is it higher?" He asked as he pointed to his January bill, which is almost double his December bill.

Manginsay isn't alone. Over the past few days, Eyewitness News has been flooded with messages and Facebook posts about the electric bill for customers served by the Sam Houston Electricity Cooperative.

We met up with Keith Stapleton, spokesperson for the Co-op, looking for some answers. He says this is not a mistake nor a calculation error.

"No, the meters have not been changed. (We) didn't raise the rates, No," said Stapleton. "It's just consumption."

Stapleton insists it's simply because a cold January had people using more power, while a relatively mild December may have resulted in a lower-than-normal rate the month prior. The discrepancy in the two months may have be larger than average. Stapleton urged residents to compare year to year, rather than month to month. He says most customers will find their usage will be similar from last January.

That has not satisfied customers, many who have taken to Facebook to complain about their rates. Several customers told Eyewitness News they find it impossible to have used such a significant amount of electricity to warrant the steep climb in the bills.

According to the co-op, there are ways to conserve energy. It urges customers to make sure the windows and doors are sealed, a thermostat setting of 68 degrees is recommended, and avoid space heaters if possible.

"It's easy to forget that it was cold for several weeks when you have a day like this," said Stapleton.

But Manginsay, like so many who called Eyewitness News, remain unsatisfied, and has asked for more.

"They're going to send a technician to the house, they said, to see what is causing the spike."

Because this is a non-profit cooperative, the state's Public Utility Commission doesn't regulate Sam Houston Electricity Cooperative. Unlike residents in urban cores of Houston or Dallas, there is no alternative, and no options to shop around.

Sam Houston is governed by a Board of Directors. Customers can complain to the board, attend a board meeting, and ask for a re-evaluation of the meter.
Related topics:
livingstonelectric
Copyright © 2020 KTRK-TV. All Rights Reserved.
RELATED 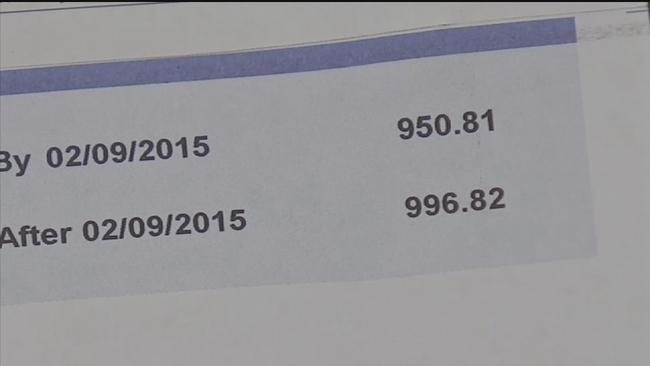