End of an era for TSU's Ocean of Soul 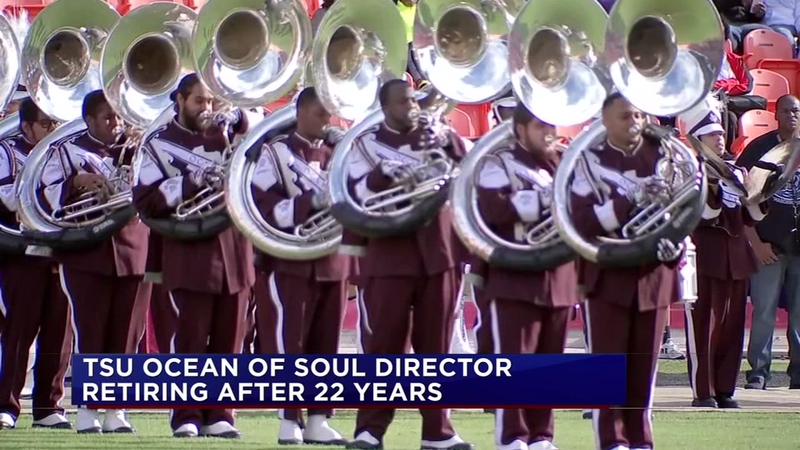 HOUSTON (KTRK) -- Professor Richard Lee has been maestro of the Ocean of Soul for 22 years. At its biggest, they put around 200 on the field. This year it was a bit smaller, around 145, but still entertaining.

After countless hours leading the Ocean, he says now was the right time to resign.

The Ocean did a special tribute to Lee during their final home performance of the season, spelling out his name as he watched from above. A TSU alum, he marched in the very first band under Professor Benjamin J. Butler.

"This is my school. This is my band. it's been my band since 1969 and will continue to be that way.

He's conducted thousands of performances, but a few stick out. Like the 2008 Honda Battle of the Bands in Atlanta.

"We were one of the very few bands that got a standing ovation performing at the Honda Battle of the Bands."

And they were on the field during the infamous Janet Jackson wardrobe malfunction at Super Bowl 38.

"We didn't find that out until after we got back.

"We have a theme song. that's Torture by Michael Jackson. we enter the stadium on that. We leave, no matter how much playing we're doing, Black and Blue Al Jarreau. They can crank that up in their sleep."

As he steps away from the sidelines, he hopes he's taught his students more than music.

"Be on time, have your proper equipment, know and execute your assignment. Those are the three things we teach outside of music, and with those three attributes you can keep a job," he explained.

He's confident that the team that has helped him make the band so successful for so long will keep it going in the right direction.