Right now, investigators say this all appears to be a tragic accident.

The family who owned the dog told police they have had the dog for eight years, since it was a puppy.

During that time, the dog allegedly never showed any signs of aggression.

Cdr. Kelly Earnest with the San Marcos Police Department said the child's father had fallen asleep after the baby girl began taking a nap in her infant bouncer.

According to police, the mother opened a door after she left the baby on the couch and walked away thinking the dogs were tied up. Moments later, she heard her baby's cries.

But when he awoke, he found little Skylar's body. She appeared to have been mauled to death by the dog.

Evan Kokenzie is a neighbor of the family, and said he came around the corner of his home to find three cop cars and a big commotion.

"I saw a big dog in the back that was barking and scratching at the door," Kokenzie said. "It was a big, like a reddish German Shepherd-looking dog."

"This is something that is so tragic for both family and a pet lover or pet owner," Earnest said. "You don't really know what animals will do."

"I don't think that this family had any idea of what their dog was capable of."
Related topics:
texasdogstexas newsbaby deathdog attackinvestigation
Copyright © 2020 KTRK-TV. All Rights Reserved.
BABY DEATH

Stranger pays it forward by buying cake for mom's daughter 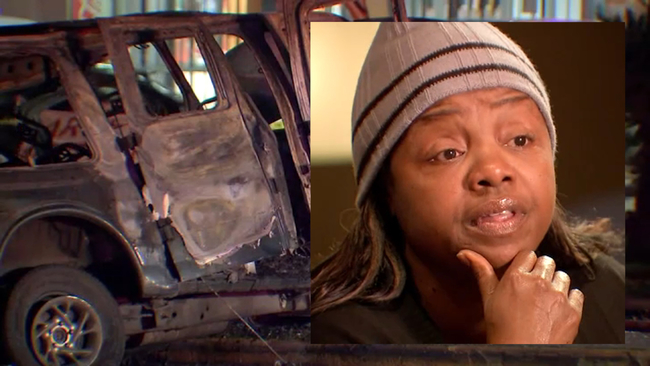