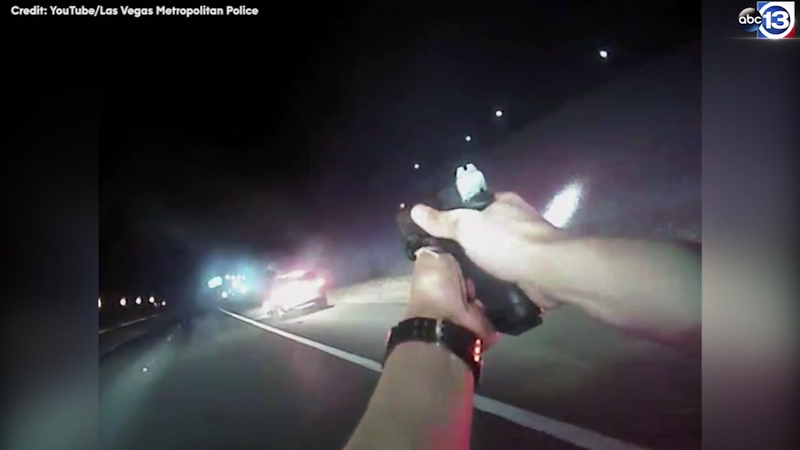 The video may be disturbing for some viewers.

The 'weapon': Rex Wilson allegedly pulled this out before he was shot and killed

The "weapon" Wilson brandished in front of police, and during his robberies, was a hose nozzle covered in black tape, made to look like a gun.

Officers said they feared for their lives after Wilson pulled out what they believed was a handgun.

A total of 36 shots were fired by police and were recorded on four different body cams.

Upon later inspection, Wilson was carrying a hose nozzle covered in black tape made to look like a gun, according to investigators.