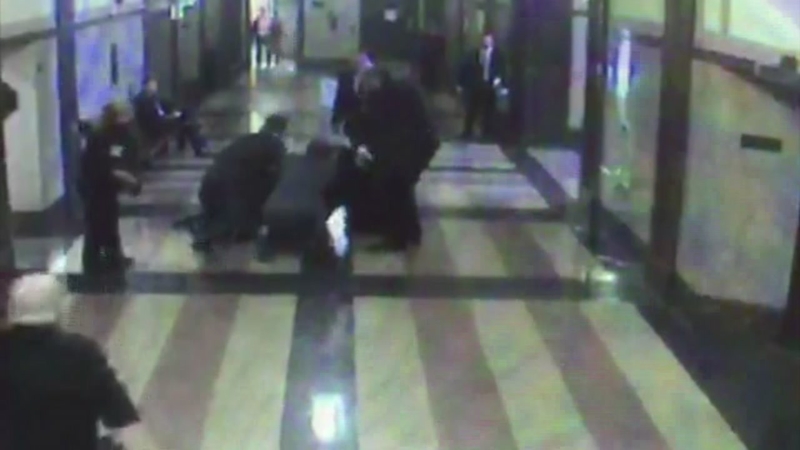 OKLAHOMA COUNTY, OK (KTRK) -- A district attorney in Oklahoma decided to take matters into his own hands by leading a courthouse takedown of a suspect attempting to flee a courthouse.

According to KOKH-TV, the suspect in question, Israel Pointer, was told he was going back to jail after missing an earlier court date.

"He apparently missed his court date in the morning, so when he got there, the judge told him he was going to revoke his bond and to 'go sit down over there'," said Mark Opgrandge with the Oklahoma County Sheriff's Office.

But, instead of sitting down, Pointer took off. Deputies caught up with him a short time later, but Pointer took off again. Pointer's run eventually came to an end when he ran through part of the Oklahoma County DA's office, where District Attorney David Prater saw him and took him down.

"He saw someone come through that didn't look like he was doing what he was supposed to be doing and so he took the opportunity to help make the arrest as well," said Opgrandge.