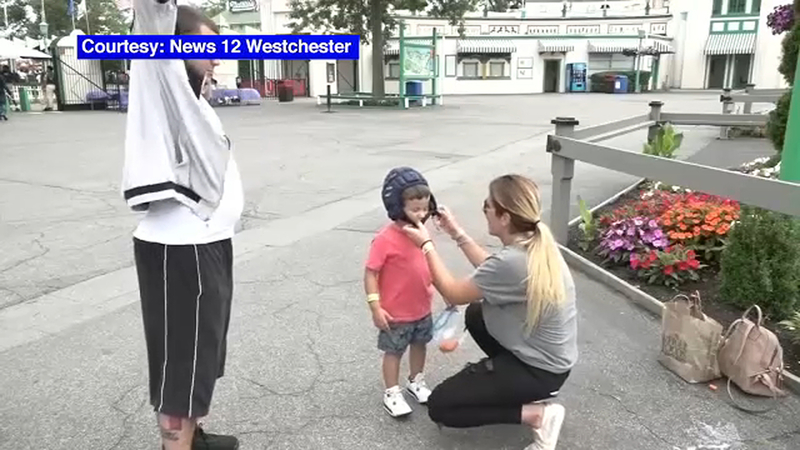 NEW YORK -- A mom from New York is asking the Yankees for an apology after she says a fan screamed offensive insults at her son.

The video has been seen thousands of times on social media.

Angelica DiMarco said the man yelled a derogatory comment at her 4-year-old son, who is developmentally disabled.

It happened at a game Tuesday night.

His mother says that's why he may have acted out at the game.

"He may have kicked a fan's seat that was sitting in front of us with excitement, we asked for a place for him to go," said DiMarco. "We were told if we leave the stadium we can't come back."

On the Yankees web site, it says foul or abusive language is prohibited at Yankees games.

DiMarco says that until she hears back from the Yankees, she won't attend any more games.