KTRK
HOUSTON (KTRK) -- The man charged with capital murder in connection with the execution of Harris County Deputy Darren Goforth spent time in a mental hospital, according to Travis County court records.

Shannon Miles was arrested in 2012 following a fight over a TV at a Salvation Army homeless shelter in Austin where he apparently was staying. Court documents indicate Miles was found to be mentally incompetent to stand trial and was sent to a state mental hospital for four months. When his competence was then restored, the charge against him was dropped because the victim couldn't be located.

There's no way to tell yet how much of an impact that might have on the prosecution of Shannon Miles here, if any.

Miles appeared briefly in state District Court in handcuffs and shackles and said very little, other than to answer the judge's questions. He is being held without bond and was appointed two attorneys.

Anderson read the probable cause statement during the hearing, saying that police received a call of an officer down at 8:20pm Friday. When police arrived at the gas station in the Houston suburb of Cypress, they found Deputy Darren Goforth face-down.

Goforth, 47, was shot 15 times, Anderson said, adding that the suspect "unloaded the entire pistol into Deputy Goforth." She also said a witness saw the shooting and that the shell casings match the .40-caliber Smith and Wesson handgun found at Miles' home.

Anderson would not comment on a motive to reporters after the hearing.
Harris County Sheriff Ron Hickman said over the weekend that the attack was "clearly unprovoked," and there is no evidence that Goforth knew Miles.

"Our assumption is that (Goforth) was a target because he wore a uniform," the sheriff said.

Records show that the 30-year-old Houston resident was sentenced to several short stints in jail, anywhere from 10 to six days.

Goforth was pumping gas at a Chevron station Friday night in Cypress, a middle- to upper-middle-class suburban area of Harris County located northwest of Houston, when the gunman approached him from behind and fired multiple shots, continuing to fire after the deputy had fallen to the ground.

A prayer walk in Goforth's honor drew hundreds of people Sunday evening, and Gov. Greg Abbott ordered Texas flags in Harris County and at the Capitol to be lowered to half-staff to honor Deputy Goforth.

Near the home where Miles was arrested, those who know his family are still stunned. One friend of the family told us on condition of anonymity that he never fathomed Miles could be capable of such a heinous crime. "It's not real. It feels like a dream really, a bad dream. Really (be)cause, if you know a person that did something like that it would feel like a bad dream to you, too," he said.

Miles is represented by Anthony Osso who told ABC News he expects this to be a difficult case to defend. "It's difficult. I mean... emotions are running high right now but having been there before, I anticipated it when I agreed to take the case," Osso said.

The killing evoked strong emotions in the local law enforcement community, with Hickman linking it to heightened tension over the treatment of African-Americans by police. Goforth was white and Miles is black.

The nationwide "Black Lives Matter" movement that formed after 18-year-old Michael Brown was shot and killed by a white police officer in Ferguson, Missouri, has sought sweeping reforms of policing. Related protests erupted in Texas recently after a 28-year-old Chicago-area black woman, Sandra Bland, was found dead in a county jail about 50 miles northwest of Houston three days after her arrest on a traffic violation. Texas authorities said she committed suicide but her family is skeptical of that.

Deputy Goforth's funeral is set for this Friday.

"This afternoon, on my way to Alaska, I called Kathleen Goforth, the widow of Harris County Deputy Sheriff Darren Goforth - a veteran law enforcement officer who was contemptibly shot and killed over the weekend. On behalf of the American people, I offered Mrs. Goforth my condolences, and told her that Michelle and I would keep her and her family in our prayers. I also promised that I would continue to highlight the uncommon bravery that police officers show in our communities every single day. They put their lives on the line for our safety. Targeting police officers is completely unacceptable - an affront to civilized society. As I said in my State of the Union Address, we've got to be able to put ourselves in the shoes of the wife who won't rest until the police officer she married walks through the door at the end of his shift. That comfort has been taken from Mrs. Goforth. So we must offer her our comfort - and continue to stand up for the safety of police officers wherever they serve." 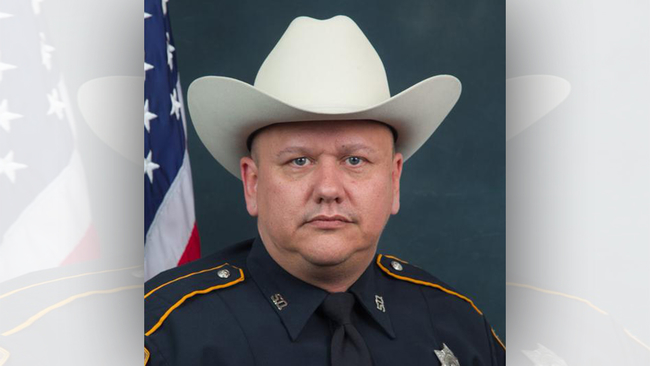 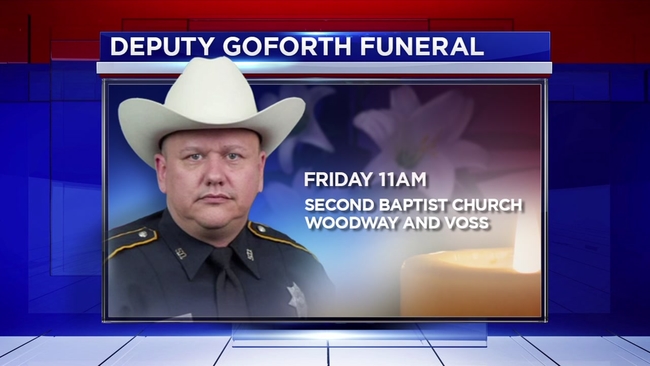