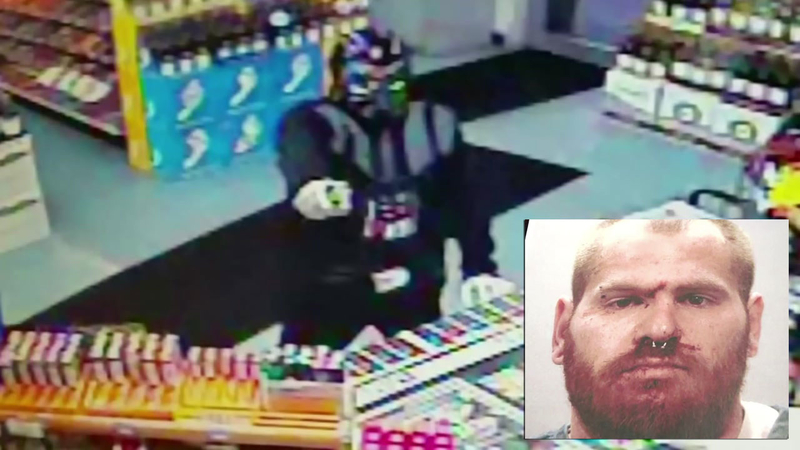 JACKSONVILLE BEACH, FL (KTRK) -- A man who allegedly held up a Florida store clerk dressed as Darth Vader was injured when his victim used the force to bust a jar of ranch dressing on the suspect's head.

Jacob Mercer, 32, is charged with armed robbery after police say he attempted to rob a Jacksonville Beach store around 5:25pm on Sunday, ABC News reports.

On his way out, police say a store employee pegged Mercer in the head with a glass jar of ranch dressing. Eyewitnesses say Mercer sustained cuts to the face and was seen bleeding as he fled the store in his car.

Officers located Mercer three blocks away from the convenience store at his friend's house, and arrested him at the scene.

"We were coming up here to buy a beer and there was a guy standing at the corner and the reason I recognized him because he had a horseshoe in his nose," Ehrman said.

Police say Mercer slipped into the costume and walked in seconds after Ehrman left the convenience store.

Investigators determined the gun Mercer allegedly used in the attempted robbery was fake.

Mark Evans of the Jacksonville Beach Police Department says the incident could have become very serious.

"Anybody could have walked in at that time or what if someone else was already in the back of the store," Evans says. "There are so many scenarious that could have played out."