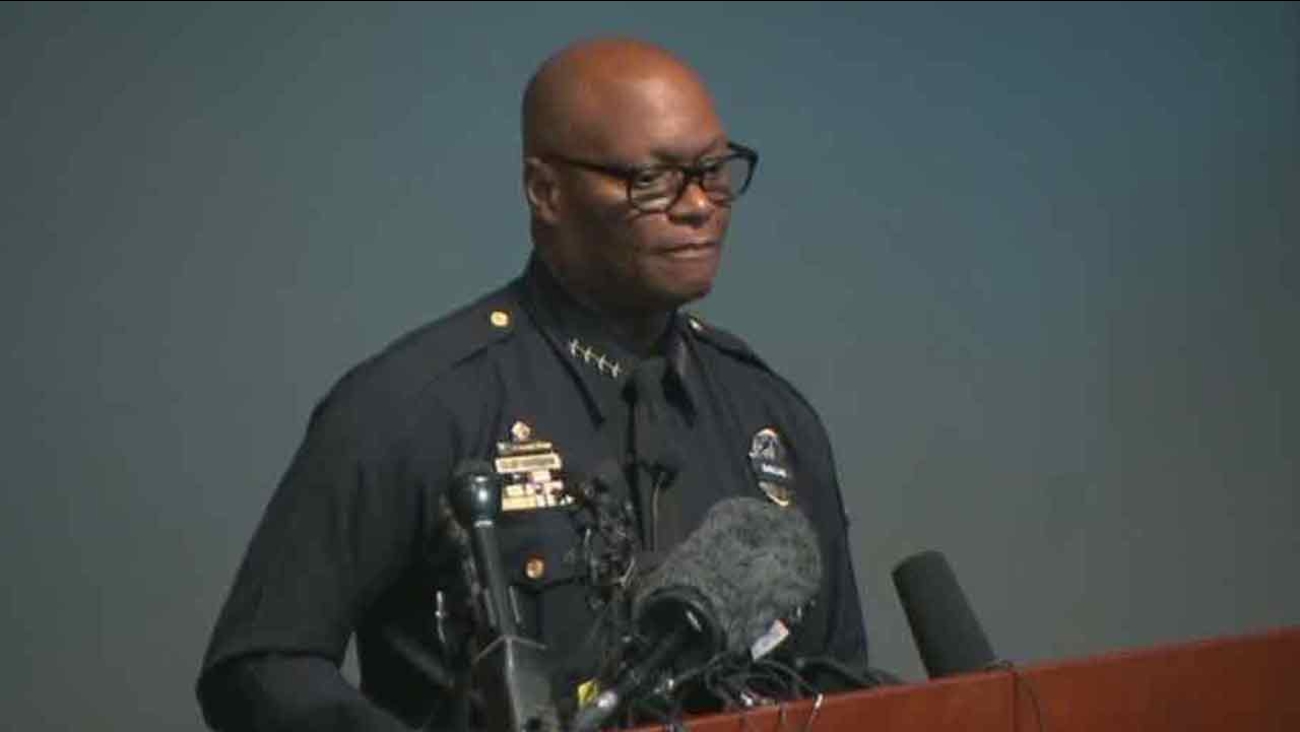 - Dallas Police Chief David Brown, who oversaw the response to a July sniper attack that killed five officers, has announced his retirement.

Brown issued a statement Thursday saying he will retire Oct. 22 after 33 years with Dallas police. He was not immediately available for additional comment.

Brown says he was prompted to become an officer in 1983 by a crack cocaine epidemic in a Dallas neighborhood. He was named police chief in 2010.

He's drawn criticism from Dallas police unions for not doing enough to retain many officers who have left for better pay elsewhere. But his leadership following the July 7 shooting deaths of the officers drew praise from President Barack Obama and others.

Keep checking back on this page to get real-time updates as this story unfolds. To get alerts for breaking news, download the ABC-13 news app for iPhone or Android. You can also get breaking news alerts sent to you by email.
Related topics:
dallasdallas police shootingtexas news
Copyright © 2021 by The Associated Press. All Rights Reserved.
More Videos
From CNN Newsource affiliates
TOP STORIES