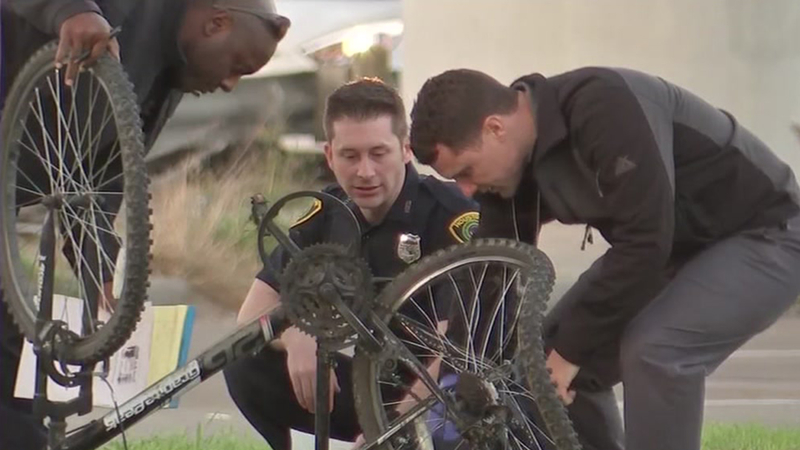 HOUSTON (KTRK) -- A cyclist who was on his work this morning is dead after being hit on the Southwest Freeway feeder road at Westpark. The driver who hit him did not stop, police say.

The 54-year-old man was killed around 6am when he was on his way to work at a nearby lawn care company, according to police. His name has not been released.

Authorities do not have a description of the vehicle involved.

Eyewitness News spoke with two women who pulled up after the accident happened to administer aid. They say the man had no pulse when they got to him.

Tamara Ledet and Erica Williams were the only drivers to stop.

Ledet said, "It is pretty sad. Whoever hit him pretty much left him there to die."

Williams said, "No one stopped, like we are actually seeing cars drive by and drive by, drive by. I guess we were the only ones it stop to call 911."

Police are now asking for help in finding the person who drove away.

Houston Police's Rolando Saenz said, "We are looking for information, we have no information at all. There is probably going to be damage on the vehicle...on the front right."

Police are checking nearby surveillance cameras to see if any may have caught a glimpse of the car, but right now, police do not have any description of the car at all.