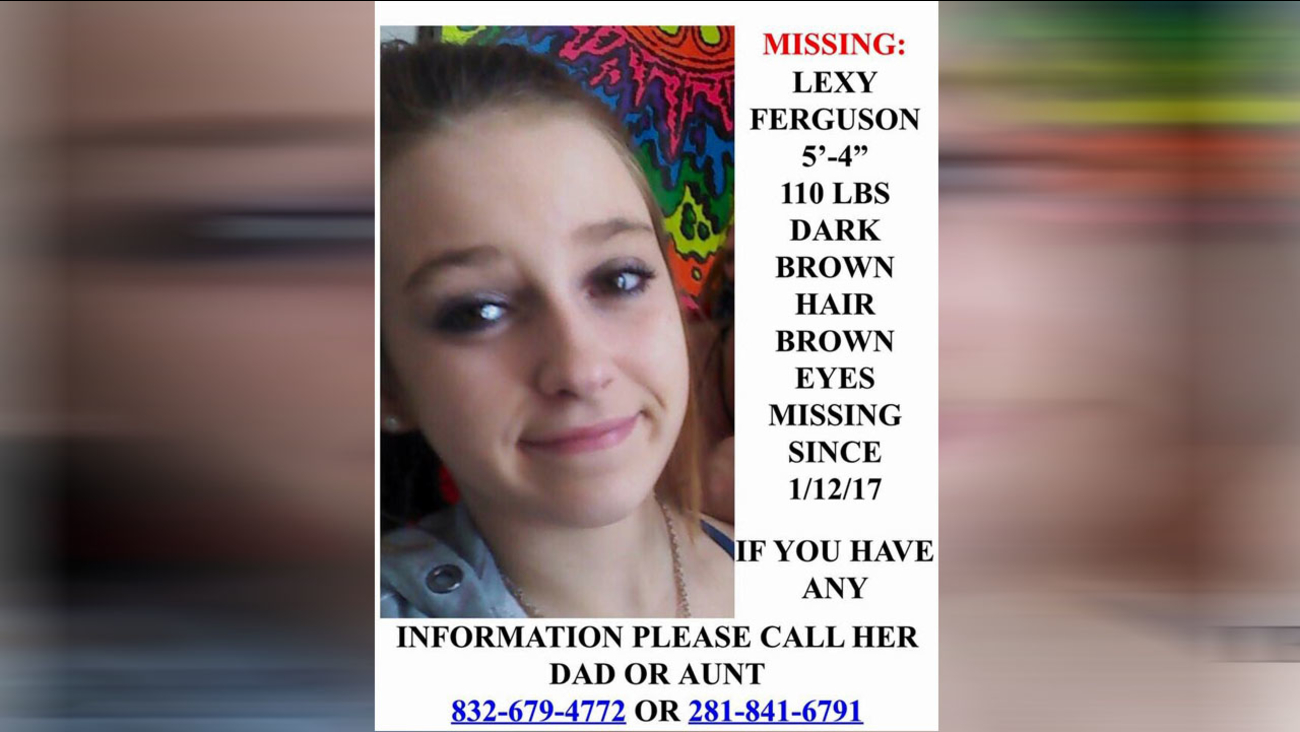 KTRK
CROSBY (KTRK) -- The Harris County Sheriff's Office is asking for the public's help to locate a missing Houston student who was last seen on Thursday.

Ferguson is five-foot-four-inches tall and weighs 110 pounds. She has brown eyes and dark brown hair.

The 7th grader stayed home from school on Thursday and left in the middle of the day. Her father was at work, but she was home with her grandmother.

Sources say that she may be running away to California where her mother lives, but her father says that he believes she's still in Crosby. Her father says that her mother had not been in her life.
Related topics:
houstonharris countyharris county sheriffs officemissing person
Copyright © 2020 KTRK-TV. All Rights Reserved.
More Videos
From CNN Newsource affiliates
TOP STORIES